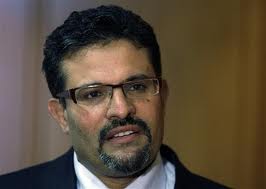 Tunisia says it will host the inaugural meeting of the “Friends of Syria” group to explore ways to further isolate President Bashar Assad, support his foes and end violence.

U.S. calls for a meeting of the Friends of Syria group followed the veto by Russia and China last weekend of a Western and Arab attempt at the U.N. to pressure Assad to step down.

The Tunisia meeting will bring together the United States, its European allies and Arab states working to end Syria’s turmoil.

CAIRO (AP) — The Sudanese head of the Arab League observer mission to Syria resigned Sunday, hours before foreign ministers were to consider a proposal to send a new mission to the country including U.N. monitors, according to officials.

The group meeting in Cairo was also considering a proposal to expel Syrian ambassadors from Arab capitals.

At the same time, al-Qaida chief Ayman al-Zawahri threw the terror network’s support behind Syrian rebels trying to topple President Bashar Assad, raising fears that Islamic extremists are exploiting the uprising that began peacefully but is quickly transforming into an armed insurgency. The regime has long blamed terrorists for the revolt, and al-Qaida’s endorsement creates new difficulties for Western and Arab states trying to figure out a way to help force Assad out of power.

The Arab League has been at the forefront of regional efforts to end 11 months of bloodshed in Syria. The group put forward a plan that Assad agreed to in December, then sent in monitors to check whether the Syrian regime was complying. But when it became clear that Assad’s regime was flouting the terms of the agreement and killings went on, the League pulled the observers out last month.

The League officials said the group would also call on Syrian opposition groups to close ranks and unite under one umbrella, a move that they said would place more pressure on the Assad regime.

The League was considering whether to revive the observer mission, expanding it to include monitors from non-Arab, Muslim nations and the United Nations. However the Syrians would be unlikely to accept a new team.

Foreign ministers from the Gulf Cooperation Council — Saudi Arabia, Kuwait, United Arab Emirates, Oman, Qatar and Bahrain — are also proposing the expulsion of Syrian ambassadors from all Arab League nations during the meeting in Cairo. The GCC ministers also proposed that Arab nations withdraw their ambassadors from Damascus, according to the officials.

The six nations, particularly Saudi Arabia and Qatar, have been campaigning for a tougher stand against Assad’s regime and may offer formal recognition of the National Syrian Council, the largest of Syria’s opposition groups, at Sunday’s meeting.

Assad’s regime has pursued a harsh crackdown against the uprising since it began last March. The U.N. estimates that 5,400 people have been killed since March, but that figure is from January, when the world body stopped counting because the chaos in Syria has made it all but impossible to check the figures. Hundreds are reported to have been killed since.

Arab League officials said the group’s chief Nabil Elaraby has accepted the resignation of Gen. Mohammed Ahmed Al-Dabi, the head of the Syrian observer mission, and nominated former Jordanian Foreign Minister Abdul-Illah al-Khatib as the new envoy. A decision on al-Khatib’s nomination would be made later in the day by Arab foreign ministers meeting in the Egyptian capital.

The officials spoke on condition of anonymity because of the sensitivity of the subject and also because the proposals have not yet been adopted.

Al-Qaida chief al-Zawahri called on Muslims to support Syria’s uprising, saying they cannot depend on the West for help. In a videotaped statement released late Saturday, he asked Muslims in Iraq, Jordan, Lebanon and Turkey to join the uprising against Assad’s “pernicious, cancerous regime.” All four states border Syria.

The statement came a day after two suicide car bombers struck security compounds in Aleppo, a Syrian city that had been relatively peaceful throughout the uprising. Though there was no claim of responsibility, suicide bombings are a hallmark of al-Qaida.

Syria’s turmoil began with peaceful protests against Assad’s rule, sparking the fierce regime crackdown. But the revolt has grown increasingly militarized as army defectors and armed protesters have taken up arms against the government.

Russia and China vetoed a Western and Arab resolution at the U.N. a week ago that would have pressured Assad to step down. The draft resolution demanded that Assad halt the crackdown on dissent and implement the Arab League peace plan that calls for him to hand over power to his vice president and allow creation of a unity government to clear the way for elections.

The veto prompted Western and Arab countries to consider forming a coalition to help Syria’s opposition, though so far there is no sign they intend to give direct aid to the Free Syrian Army.