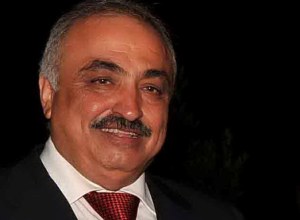 March 14 MP Mohammad Hajjar criticized Free patriotic Movement and its Change and Reform parliamentary bloc which is headed by MP Michel Aoun. He said their ministers are failures … they think they can outsmart the Lebanese people , but their reform and changes slogan is nothing but corruption and misfortune .

Commenting on his Hezbollah chief’s statement that the cabinet is remaining , MP Hajjar said :