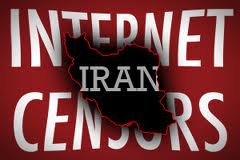 Iran has cut off access to the Internet, leaving millions of people without access to email and social networks.

A source inside the country confirmed this morning that Gmail, Hotmail, and Yahoo email are no longer available. Ditto for Facebook. So far, the government has not made any announcement about the service interruption.

But cyber-sophisticated Iranians are still able to circumvent the government by using proxy servers over VPN connections.

“The interesting thing is that when asked, they deny the fact that all these services are all blocked,” an Iranian contacted by CNET said. This individual asked to remain unidentified.

However, the Iranian noted that the regime has cut off the Internet during protests and that the buzz on the streets is that anti-government protests are planned for Saturday.

Last month the country’s information minister told the Islamic Republic News Agency that a firewalled national Internet would soon become operational. There was no word on when the government might plan to throw the switch on what essentially would be a vast “intranet,” but it could happen any day. And that prospect has cyber activists in Iran concerned. It would give the government a hand up in its cyber cat-and-mouse battle with opponents.

Right now, if Iran now blocks proxy servers and VPN connections for more than a few days, companies with branches or headquarters in the country are cut off from communicating with fellow employees around the world other than by telephone. That forces the government to open the spigot for everyone. Once the new network goes into effect, ordinary Iranians would wake up to a more censored Internet.

“I don’t know the the infrastructure that they will use but I don’t think we have a way out of that one,” said the Iranian source. “We are getting closer and closer to North Korea.”