FBI’s Steve Jobs file: He will ‘distort reality to achieve his goals’ 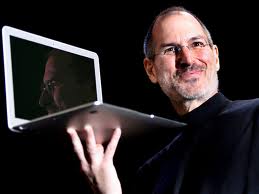 Steve Jobs, being considered in 1991 for an appointment under President George H.W. Bush, underwent a thorough background investigation by the FBI, according to newly released files from the agency.

The FBI amassed a lengthy and often unflattering file on Apple’s co-founder, with more than 30 interviews of friends, neighbors, family, former business associates and Jobs, that revealed his early drug use and concerns that the then-head of NeXT was neglecting his daughter born out of wedlock with his high school girlfriend.

The business genius was a late bloomer, having graduated from Homestead High School in Cupertino, Calif., with a 2.65 GPA.

Those interviewed generally agreed that he was a strong business leader and would succeed in an appointment to Bush’s Export Council.

“They recommended him for a position of trust and responsibility,” according to the FBI files.

It would be five years until Apple bought NeXT and returned Steve Jobs to its fold, and six years until he would be appointed the company’s interim chief executive.

The dozens of interviews by FBI officials confirm the brash and stubborn style described in a biography of Jobs written by Walter Isaacson.

“Several individuals questioned Mr. Jobs’s honesty stating that Mr. Jobs will twist the truth and distort reality in order to achieve his goals,” according to the FBI file.

The files were made public after a Freedom of Information Act request by the Wall Street Journal. The file is heavily redacted and does not reveal who the agency spoke to.

Apple and Jobs, both notorious for their secrecy, were not particularly helpful to FBI officials, who complained that Jobs’s secretary made them wait three weeks to interview him.

Despite interviewees saying that they did not personally like Jobs, many said that they would recommend him for a position in government.

One section said, “It was [redacted] opinion that honesty and integrity are not required qualities to hold such a position.”

The report also revealed that Jobs was the victim of a bomb threat in 1985.

According to a report included in the documents, an unnamed man called Apple from a public telephone, saying that “devices” had been placed at the homes of Jobs and others, and that a fourth device had been set up to explode if Apple called the authorities. The caller then demanded $1 million. Law enforcement officials swept the areas where the caller said he placed the bombs and found nothing. The investigation was eventually closed.

Photo : What a shame the city that produced the father of this genius is witnessing massacres by the Syrian security forces . More than 1000 people have been killed in the city of Homs during the past six days according to activists.