UAE can still export its oil, if Iran closes Hormuz

The United Arab Emirates (UAE) will be able to use ports on the Gulf of Oman for oil exports if Iran closes the Strait of Hormuz, transit point for about a fifth of the global oil supply, Dahi Khalfan Tamim, Chief of Dubai Police, said in an interview with Bahrain TV last night. 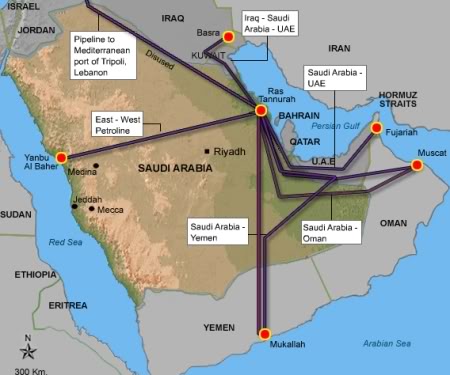 A strategic pipeline for UAE’s oil exports to bypass the Strait of Hormuz could face more delay due to differences with the Chinese construction company, industry sources said.

The pipeline will have a capacity of around 1.5 million barrels per day (bpd) and give the UAE an alternative route to exporting oil via the strait, which Iran has threatened to block over western sanctions on its oil exports.

The 370-kilometre Abu Dhabi Crude Oil Pipeline has been delayed, with Minister of Energy Mohammad Bin Dha’en Al Hameli this month pushing back the start of operations to May or June.