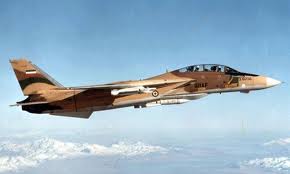 Provincial governor Mohammad Hossein Jahanbakhsh says both the pilot and the co-pilot were killed in Thursday’s crash.

The Fars report says the fighter plane crashed due to technical failure and that authorities have recovered the wreckage outside Bushehr, a port city with the same name as the province. Bushehr is known as the location of Iran’s first nuclear power plant.

Iran purchased many U.S.-made planes, including F-14s before the 1979 Islamic Revolution and during the rule of the late pro-Western Shah Mohammad Reza Pahlavi.