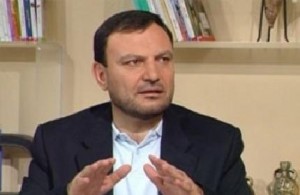 Ghaleb Abu Zeinab, a member of Hezbollah’s political bureau, was quoted as saying by LBC television that the man detained in Thailand for being suspected of involvement in terrorist activities “is not one of Hezbollah’s members,” However, he did not elaborate any further.

His comment comes after Thailand authorities announced that they arrested a Lebanese member of Hezbollah.

Ambassador Kristie Kenney was elaborating on an “emergency message” sent by the embassy to American citizens earlier Friday warning of a possible terrorist attack.