Lebanese Minimum Wage: What Level Should It Be? 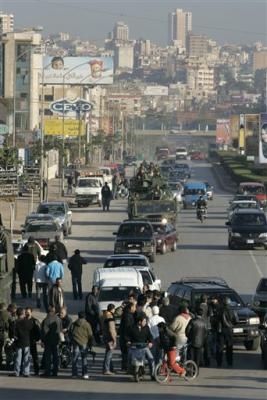 The idea of a minimum wage has a great appeal all over the world. Although the notion was first introduced by New Zealand in 1894 practically all countries in the world have adopted a minimum wage standard. Since each of these countries has attained its own unique mix of social and economic development then each country has used its own rationale while setting these wages. Yet probably most such statutory wages share a common concern about reducing poverty and promoting fair equity.

Lebanon has been struggling for a while to set up an adjustment to its current level of minimum wages but to no avail. The last three tries have failed and a fourth one is expected to be announced sometime this week. The need for an adjustment in the level of monthly earnings in Lebanon has become increasingly urgent as the cost of living; especially the major components of housing and food have outpaced any wage gains. The result can very easily be observed in the high poverty rate. A recent study concluded that 28 % of Lebanese households live below the poverty line of $4 per day.

Since equality in pay leads to an equality in income then why not guarantee a wage level that will compensate each labourer a level of earnings  that is close to the per capita income. As incredible as this idea might sound it is in essence the goal of Charbal Nahas, the Labour Minister, who proposed a level of compensation that will allow the least skilled among us to earn close to 75% of the Lebanese per capita income. Such a policy ,if adopted, would prove to be very misguided . Superficially such policies tend to enjoy wide organized labour support since they aim to narrow the pay differential between the skilled and the unskilled. Unfortunately such policies will also discourage investments in education and enhanced productivity. The higher is the proportion of GDP that is guaranteed by minimum wage legislation then the smaller is the premium for investing in human capital.

So what sort of a guideline should one follow in setting a minimum wage? Allow me to suggest that an effective minimum wage policy should be set in such a way as (1) not to discourage the pursuit and acquisition of higher skills and (2) ensure that the reward of employment is the attainment of a living standard that is above poverty. The concern with (2) is often referred to as a “living wage”.

Given that the current Lebanese per capita income is around $10,000 per annum then the first criteria above; encourage acquisition of high skills; should be in the range of 45%-55% of GDP per capita. That implies an annual minimum wage of $4500-$5500 or $375-$458 per month. The second criterion is even more problematic since the actual cost of living differs substantially from one region to the next. There is no doubt that living in Beirut or its direct environs is financially more demanding than living in the Bekaa, Akar or the south. But since the custom is to set up a uniform minimum wage for the whole country and  since the currently acceptable poverty line in Lebanon is that of $4 per day then a family unit of four individuals would be able to escape poverty with a monthly income of $480.

Based on the above rough computations we can conclude that the Lebanese minimum wage should not be set  above 700,000 LL per month. This  level of income would allow a family of four to escape poverty especially if the main wage earner is to get some assistance from his/her spouse. Anything above this level will start to become counterproductive and will affect adversely industries that are dependent on unskilled labour. A high minimum wage might make Lebanese agricultural produce much less competitive.

And last but not least we should caution that the pursuit of social justice is an honorable goal but as in everything else good intensions are not sufficient to bear fruit, they must be accompanied by the proper productive tools. Minimum wages are only one tool in the fight against inequality and poverty, a tool that must not be abused.