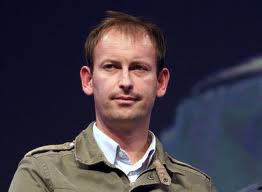 A reporter for France 2 TV was killed Wednesday in an attack while covering violence in the restive Syrian city of Homs, the French Foreign Minister and the network said.

Gilles Jacquier was on a rare Western reporting trip authorized by Syria’s embattled government amid a 10-month uprising against the regime of President Bashar Assad. Another France-2 reporter was uninjured.

News director Thierry Thullier of France Televisions, the parent station of France-2, told French TV BFM that Jacquier appeared to have been killed by a mortar or rocket as part of a series of attacks.

French Foreign Minister Alain Juppe, in a statement, said Jacquier had been killed “in an attack” in Homs, calling it an “odious act” and demanding an investigation into the killing.

“It’s up to Syrian authorities to ensure the security of international journalists on their territory, and to protect this fundamental liberty which is the freedom of information.”

The U.N. estimates more than 5,000 people have been killed in the uprising.

The British-based Syrian Observatory for Human Rights on Wednesday reported fresh violence in Syria. The group said soldiers and army defectors were fighting in central Hama province. The full casualty count was unclear.