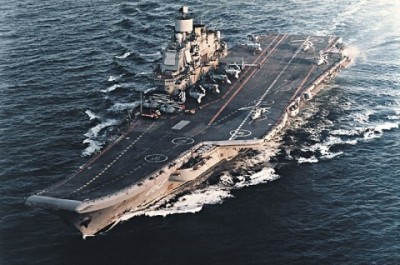 The group of Russian military ships that set sail for violence-grippled Syria has reached its destination on Sunday, report agencies.

The fleet, reported to include carrier Admiral Kuznetsov, has arrived in the Syrian port of Tartus, according to Israeli newspaper Haaretz, quoting official agency SANA.

SANA has reported that the ships will stay in Tartus for six days as a sign of support for the Syrian people.

Some perceive the move as a gesture of support for embattled Syrian leader Bashar Al-Assad, who has been facing strong popular protests since March 2011.

Assad has ruthlessly crushed the pro-demoracy protests using heavy army units, which has resulted in 5,000 civilian deaths since March.

While western leaders have called on the Syrian President to step down, Russia has been more cautious, supporting pro-democracy measures, but not wanting to call for resignation on the part of the president.

The news of the Russian ships’ arrival in Syria comes at a time when Arab League Foreign Affairs Ministers are about to meet in Cairo to discuss the findings of an Arab League mission to Syria.

The Arab League representatives are also expected to decide whether to call for UN assistance to resolve the bloodshed.