Taliban ready for US talks 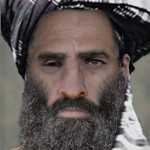 THE Taliban have for the first time publicly expressed interest in negotiating with Washington, outlining a vision for talks with US officials that conspicuously excluded a role for the Afghan government.

The announcement came as Britain’s Guardian reported that the US had agreed in principle to release high-ranking Taliban officials from Guantanamo Bay in return for the movement’s agreement to open a political office for negotiations in Qatar.

The Taliban have long said they will not negotiate while foreign troops remain in Afghanistan.

Their apparent change of position offered a measure of hope that after years of missteps, a negotiated settlement to the war in Afghanistan is possible.

But analysts warned of substantial unknowns and possible pitfalls, including whether Pakistan will seek to thwart the effort. In addition, the statement’s omission of a role for the Afghan government could anger Afghan President Hamid Karzai.

US State Department spokeswoman Victoria Nuland sidestepped questions on the US role in any forthcoming talks in Qatar. ”If this is part of an Afghan-led, Afghan-supported process, and the Afghan government itself believes it can play a constructive role … then we will play a role in that, as well,” she said.

US officials have said the Taliban representatives were told that the Qatar office could not be used for recruitment or political activities.

Some Afghan officials expressed concern about the prospect of negotiations.

”This is being planned based on the politics of the United States,” said Afghan MP Fauzia Kofi, who is regarded as pro-American. ”History is repeating itself. This may result in bringing the Taliban back to power. None of our achievements have been systematic and they can all collapse at any time.”

Although the US has long said that the war must end with a political solution, informal talks did not begin until the administration altered its demands for the Taliban to sever all ties with al-Qaeda, renounce violence and pledge allegiance to the Afghan constitution.