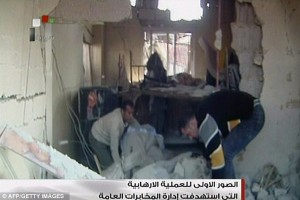 The report comes after twin suicide bombings against security service buildings in Damascus on Friday left over 40 people dead and 100 wounded , in an attack Syria blamed on Al-Qaeda.