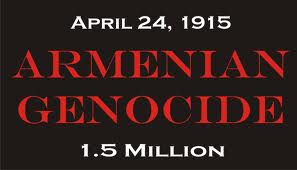 The bill — applauded by Armenians — must now be voted on by the country’s Senate. But it has been roundly deplored by Turkey.

Turkish State TV is reporting that Ankara is recalling its ambassador to Paris after the vote took place, and the Turkish government has threatened other steps, such as sanctions.

Turkish Prime Minister Recep Tayyip Erdogan has deplored “these unbelievable steps,” and said such a law will “seriously damage” relations between the two countries.

Armenian groups and many scholars argue that starting in 1915, Turks committed genocide, when more than a million ethnic Armenians were massacred in the waning days of the Ottoman Empire.

But modern-day Turkey officially denies that a genocide took place, arguing instead that hundreds of thousands of Armenian Christians and Muslim Turks died in intercommunal violence around the bloody battlefields of World War I.

The genocide debate is an annual source of tension between Turkey and the United States, two NATO military allies.

The White House annually beats back efforts in Congress to pass a resolution which would formally recognize the 1915 massacre of Armenians as genocide.

Erdogan said he hopes the French Senate will vote down the bill.

“The issue should be researched not by politicians, but by historians,” Turkish Parliament Speaker Cemil Cicek said.