The ‘hacktivists’ of Telecomix lend a hand to the Arab Spring

by yalibnan
364
Lewis, 22, is a member of Telecomix, an unconventional Western computer club that helps activists across the Middle East evade regime crackdowns.
Share: 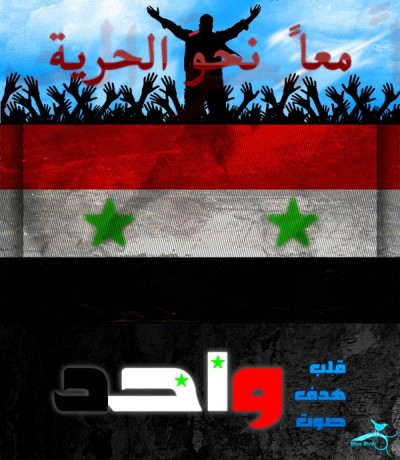 On a rainy November morning in Northern Virginia, at a cafe where elderly women are meeting for pastries, Andrew Lewis is hacking into one of the most tightly controlled police states in the Middle East.

“The more you know, the more you can help,” he murmurs, as his scan of Syria’s cyberspace throws up lists of servers.

His 6-foot-6-inch ( 198 cm) frame hunched over his laptop, Lewis skims the codes at lightning speed and clicks on one of the servers that process and direct Syrian Internet traffic — but then he is asked for a password. He guesses it correctly on his second attempt.

Lewis, 22, is a member of Telecomix, an unconventional Western computer club that helps activists across the Middle East. During this year’s Arab Spring, pro-democracy protesters have used Facebook to promote rallies and Skype to avoid tapped cellphones, but their governments have in turn boosted online censorship and spying. Telecomix has tried to step in and provide the activists with tech support.

When Hosni Mubarak, Egypt’s now ousted president, cut off the entire country’s Internet in January, Telecomix set up dial-up connections using two servers in Europe. The members then faxed the dial-up numbers to every Egyptian office, university and coffee shop they could find. In August, after extracting records from unsecured servers, the group discovered that Syria was using equipment made by a Silicon Valley company, Blue Coat Systems, to block certain sites. (The U.S. government is now investigating Blue Coat, which denies selling its products to a country under economic sanctions.) Telecomix has also helped activists in Tunisia, Yemen and Bahrain.

Lewis has never been to the Middle East. He does not know anybody there, mix much with Arab Americans or speak a word of Arabic. When asked why he devotes days and nights to this lonely task, he simply says, “I have a strong conviction that the Internet should be open to everyone.”

This morning, Lewis is working on Syria, where President Bashar al-Assad’s crackdown against a nine-month-long uprising has left at least 4,000 dead, according to the United Nations. On his left, Lewis has an iPad logged in to Telecomix’s chat room. The forum uses encrypted Internet connections and servers owned by Telecomix members. Lewis collects anonymous protest reports from his Syrian contacts, whose code names include “the Major,” and broadcasts them on Twitter. His updates add to a grim thread of on-the-ground observations of security forces using machine guns and tear gas.

On his right, Lewis has a laptop for testing more encrypted connections, which activists can use to make their online activity harder to monitor. He also uses it for “mapping” — scanning Syria’s networks and servers for surveillance equipment. It is a fairly straightforward task for a techie, given the lax security around the networks in question. Lewis can see all the computers and surveillance devices on a certain network, but cannot access or tamper with them.

Lewis says he feels that cyber-activism is his best chance of making a difference in Washington. He isn’t robust enough for Occupy D.C.’s increasingly wintry anti-capitalist protest camp. His lack of a college degree excludes him from the city’s think-tank circuit. His teachers hoped his height would make him a star athlete, but he turned out to be a “mal-­coordinated” gentle giant.

“This is somewhere where I can help. I can do tech really well,” says Lewis, who, despite spending so much time at his laptop for Telecomix, still relaxes by playing video games. “Sometimes it’s easier to hide behind a computer screen.”

Telecomix began five years ago, when a group of Swedish hackers came together to fight a proposed European Union law that would help Internet providers cut off users who were sharing copyrighted files. “The idea was that no company or country had the right to deny someone Internet access or watch them online,” says Christopher Kullenberg, a founding member who is a PhD student at the University of Gothenburg in southern Sweden.

As the Arab Spring took hold this year, toppling three autocrats and rattling several others, the group’s focus shifted to the Middle East. This mission drew ever more hackers. Today, Telecomix is a loose, leaderless movement, with members in Sweden, the United States, France and Germany. Kullenberg estimates that there are 20 full-time volunteers — the group does not make money and so does not pay wages — although many others dip in and out alongside day jobs. The number of chat room members has fluctuated this year between 130 and more than 500.

The size of the group’s following in the Middle East is purposely kept unclear to protect activists’ identities. Telecomix members estimate that they work with as many as 20 Syrian dissidents on a regular basis, but they do not even know the activists’ names. Several people could be sharing one code name, or one could be using several. The group wipes records of hits on its Web site, which could be used to trace activists.

Lewis, one of four core U.S. members, became a full-time volunteer in September. He stumbled on the group after quitting his job on an IT support desk at the Pentagon, which he took up via a contracting firm soon after finishing high school. A natural computer whiz, he progressed quickly.

“I was making a lot of money but wondering if I deserved it,” says Lewis, who has now moved back home and is living off savings. “I started wondering, ‘What am I doing with my life?’ ”

Telecomix is one of a clutch of Western groups trying to boost Internet freedom in the Middle East. Members of the Tor Project, based in Massachusetts, have this year held workshops for bloggers in Egypt and Tunisia. Originally developed by U.S. Navy scientists, Tor is now a free and popular tool for “anonymizing” Internet connections. An e-mail or Web site search sent using this software bounces among several servers, often in different countries, before reaching its destination, thus disguising the user’s IP address.

Lewis has almost finished his coffee and is thinking of moving on. During the day, he relocates to a new WiFi cafe every four hours to prevent his computer being tracked. Coffees are paid for in cash. He is trying to cut down on working at night, which he has to do in his parents’ basement.

Like many Telecomix members, he is nervous about the Syrian authorities tracing him or his contacts. The Assad family has ruled Syria for four decades and uses entrenched networks of human informants, a pervasive fear of phone-tapping and, increasingly, online snooping to stifle free speech. The country’s penal code prohibits “weakening national sentiment.”

“Syria is one of the worst in the region for surveillance,” says Nadim Houry, the deputy director for Middle East and North Africa at Human Rights Watch. He says activists often keep several Facebook accounts in fake names and avoid using phrases such as “human rights” in e-mails, although old-school informants are still Assad’s main monitoring tool.

Many Arab governments are boosting their online surveillance efforts with Western technology, just as activists try to evade them using Western social media and hackers. The Blue Coat devices in Syria were one example of a wider trend — when regimes fell this year in Tunisia, Egypt and Libya, online censorship and monitoring tools made by Western companies were found in their state security agencies.

Syria had an estimated 4 million Internet users in 2010, or a fifth of its population, according to data from Freedom House, a U.S.-based think tank. Egypt had a 24 percent Internet penetration rate, while just over a third of Tunisians were online. All countries had seen their rates at least double since 2005, even though they remained behind the U.S. rate of 78 percent.

Despite taking on some big forces, Lewis is in good spirits — for once, he has had a proper night’s sleep. So he can chat with contacts in other time zones, he usually does his “first shift” from midnight until 5 a.m. He then takes a nap and works again from 11 a.m. onwards. At times, he has done 24-hour stretches subsisting on coffee and frozen pizzas.

“It’s much to the annoyance of my parents,” Lewis says. “They don’t want a freeloading son — they want me to do stuff around the house.”