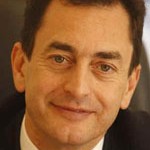 The French ambassador to Syria has returned to Damascus after being recalled to Paris in mid-November following attacks on French diplomatic missions.

“Eric Chevallier returned to his post in Damascus on Monday following the consultations for which he was recalled,” the ministry’s deputy spokesman, Romain Nadal, said on Tuesday.

“The ambassador’s return to Damascus does not mean that the subjects of concern have disappeared, on the contrary. But his work on the ground in Syria is important,” he said.

“France is more than ever at the side of the Syrian people,” Nadal added.

The United States also said on Tuesday it was sending its ambassador, Robert Ford, back to Syria where he has championed protesters facing a deadly crackdown, after abruptly pulling him out in October due to threats.

The French ambassador was recalled on November 16 after mobs loyal to President Bashar al-Assad’s regime attacked France’s honorary consulate in the northern city of Latakia and the detached chancery in Aleppo.

The attacks sparked French condemnation and the summoning of Syria’s ambassador to Paris.

The Syrian government later pledged there would be no repeat of attacks on embassies, following a spate of assaults against the missions of countries deemed to be against Assad’s regime.

Syria has come under intense international pressure as Assad tries to crush the worst threat to his family’s four-decade rule over the country.

Syria has come under US, EU and Arab sanctions over its suppression of anti-regime protests in which the United Nations says more than 4,000 people have been killed since mid-March.