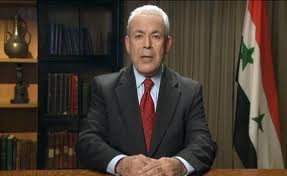 The collapse of the 40-year-old Assad regime in Syria would radically change the politics of the Middle East, reducing the influence of Iran and its Islamist proxy Hezbollah in Lebanon, the main Syrian opposition leader in exile has said.

Syria would align itself with the Arab League and the Gulf, Syrian National Council leader Burhan Ghalioun told the Wall Street Journal in an interview in France.

“Our future is truly tied to the Arab world and the Gulf in particular,” he was quoted as saying in a WSJ transcript.

Damascus would have no special relationship with Iran and Hezbollah if President Bashar al-Assad lost power, he said.

“The current relationship between Syria and Iran is abnormal,” Ghalioun told the daily. “Syria is the centre of the Arab Orient. It cannot live outside its relationship with the Arabian Peninsula, the Gulf countries, Egypt and others.”

Syria has had close ties with Tehran since the early years of the Islamic Republic of Iran, founded in 1979.

“As our relations with Iran change, so too will our relationship with Hezbollah. Hezbollah after the fall of the Syrian regime will not be the same. Lebanon should not be used as it was used in the Assad era as an arena to settle political scores,” Ghalioun told the paper.

Ghalioun did not go into likely relations with the Palestinian Islamist group Hamas. He said the Council had links to the Palestine Liberation Organization, of which Hamas is not currently a member.

Regional sources told Reuters on Friday that the Iranian-backed Palestinian movement is quietly reducing its presence in its long-term Damascus headquarters as Assad’s future looks uncertain.

They said the Hamas delegation in the Syrian capital, which once numbered hundreds of exiled Palestinian officials and their relatives, had shrunk to a few dozen.

In Beirut, a Hamas representative said the group was “still committed to supporting Assad.”

Ghalioun said the Council sought political and financial support from “the Arab League, the EU, Turkey, and the West.”

“We asked to apply pressure on Russia and China and to make use of all civilian protection measures. This is why (French) foreign minister (Alain) Juppe called for a humanitarian corridor.”

“Our main objective is finding mechanisms to protect civilians and stop the killing machine. If a humanitarian corridor is able to achieve this, then that is important,” the Syrian National Council leader said.

A humanitarian corridor and a buffer zone “doesn’t mean military intervention to topple the regime,” he stressed.

“This is different than the organized military intervention that happened in Iraq for regime change. We count on Syrians to bring down the Syrian regime. We want the international community to stop the oppression of the Syrian people.”

If Russia could be convinced that Assad’s opponents and the West were not considering military intervention in Syria, as NATO did in Libya, Moscow might be persuaded not to use its U.N. Security Council veto to block humanitarian intervention.

But Ghalioun also mentioned a no-fly zone, which implies a degree of military intervention.

“We will meet with the foreign minister of Turkey who is thinking of this with the Europeans to discuss the developments in what he mentioned as a no-fly zone,” Ghalioun said.

“Assad got several offers of asylum,” he told the paper at his home near Paris. “The Arab League and Turkey offered to help find him a safe haven. It is clear that he wants to continue and I believe he is not mature and he doesn’t have a grasp on reality. He is delusional.”