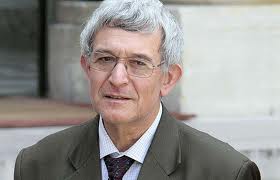 France is recalling its ambassador from Iran for consultations a day after protesters stormed the British embassy in Tehran, and will push for tougher sanctions at an EU foreign ministers’ meeting on Thursday.

“Given the flagrant and unacceptable violation of the Vienna convention on diplomatic relations and the seriousness of the violence, the French authorities have decided to recall their ambassador from Iran for consultations,” French foreign ministry spokesman Bernard Valero said in a statement.

Foreign Minister Alain Juppe’s chief of staff had earlier in the day summoned Iran’s charge d’affaires in Paris to condemn the attacks on the British diplomatic missions in Tehran, which forced London to close its embassy and evacuate staff.

“Tomorrow …. with our European partners, we will discuss further repercussions of this latest irresponsible behavior by the Iranian authorities,” Valero said.

EU foreign ministers meet in Brussels to map out Europe’s response to a report by the International Atomic Energy Agency that suggested Iran has worked on designing an atom bomb.

The EU has already decided to add some 180 names to a list of people and entities targeted by pan-European sanctions, but with Britain now rallying to French calls for an oil embargo, more sanctions could now be imposed.

Officials have indicated Paris could adopt the measure alone, although for harsher sanctions to be really efficient it would prefer the move to be at a European level.

“It’s not that we don’t want to go alone, but for them to be really effective they have to be collective,” said one source.

In an interview with weekly magazine l’Express published on Wednesday, but carried out before the British embassy attacks, Juppe said:

“France wants sanctions that would really paralyze the regime: an oil embargo and freezing of the central bank assets. Now the Americans and British are moving in that direction.

“We can’t accept that the Iranians continue to lead us up the garden path.”

Diplomats said earlier this week that the French proposal for an embargo is being met with resistance from some EU capitals, which could shrink the pool of backers.

In the first six months of 2011 France imported 1.6 million tonnes of Iranian crude.