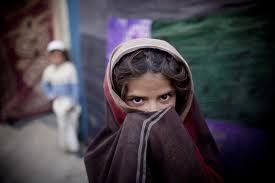 France has called for a “secured zone to protect civilians” in Syria, the first time a major Western power has suggested international intervention on the ground in the eight-month uprising against President Bashar al-Assad.

Foreign Minister Alain Juppe also described Syria’s exiled opposition National Council as “the legitimate partner with which we want to work,” the biggest international endorsement yet for the nascent opposition body.

A spokesman for European Union foreign policy chief Catherine Ashton said the EU was ready to engage with the Syrian National Council and other opposition groups, but stressed the need for them to maintain a peaceful, non-sectarian approach.

Asked at a news conference on Wednesday after meeting the SNC president if a humanitarian corridor was an option for Syria, Juppe ruled out military intervention to create a “buffer zone” in northern Syria but suggested a “secured zone” may be feasible to protect civilians and ferry in humanitarian aid.

“If it is possible to have a humanitarian dimension for a secured zone to protect civilians, that then is a question which has to be studied by the European Union on the one side and the Arab League on the other side,” Juppe said.

Further details of the proposal were not immediately available. Until now, Western countries have imposed economic sanctions on Syria but have shown no appetite for intervention on the ground in the country, which sits on the fault lines of the ethnic and sectarian conflicts across the Middle East.

“The French have tried to position themselves in a position of leadership, first with Libya and now here,” said Hayat Alvi, a lecturer in National Security studies, at the U.S. Naval War College. “Military intervention in Syria is a very different prospect of that in Libya, but we could well see an increase in covert action.”

The Arab League has suspended Syria’s membership over the conflict, one of the most important signs of Assad’s isolation, but has shown little appetite for international intervention.

Britain said it welcomed the opportunity to discuss the French proposal and repeated its call for Syria to end human rights violations.

Addressing the need for a humanitarian response, he said: “Protection of civilians in Syria is an increasingly urgent and important aspect of responding to the events in the country.”

DARKNESS OF THE MIDDLE AGES

Syria’s bloodshed could pitch the Muslim world into “the darkness of the Middle Ages,” Turkish President Abdullah Gul said on Wednesday.

A day earlier, Turkish Prime Minister Tayyip Erdogan criticised the “cowardice” of Assad, once a close ally, for turning guns on his own people. Erdogan spoke of the fate of defeated dictators from Adolf Hitler, Benito Mussolini to Muammar Gaddafi, and bluntly told Assad to quit.

In Brussels, an EU diplomat said European Union governments were considering a new range of sanctions against Syria that would bar investment in Syrian banks, trading its government bonds and selling insurance to state bodies.

Gul told a think-tank in London: “We exerted enormous efforts in public and behind closed doors in order to convince the Syrian leadership to lead the democratic transition.”

“Violence breeds violence. Now, unfortunately, Syria has come to a point of no return,” he said. “Defining this democratic struggle along sectarian, religious and ethnic lines would drag the whole region into turmoil and bloodshed.”

The violence in Syria shows no sign of let-up.

Syrian forces killed two villagers on Wednesday in an agricultural area that has served as a supply line for defectors, activists and residents said.

An armored column entered the town of Hayaleen and surrounding villages on the al-Ghab Plain. Troops fired machineguns from tanks and trucks and set fire to several houses after arresting around 100 people, they said.

The region, northwest of the city of Hama, 240 km (150 miles) north of Damascus, has been a transit route for defectors operating in the province of Idlib near Turkey, activists said.

Two youths were also killed in the central city of Homs, 140-kms (88 miles) north of Damascus, which has become a center of resistance against Assad. Activists said evening demonstrations were held in several neighborhoods of Homs.

A YouTube video showed a rally being led by a local soccer player. Protesters waved green and white Syrian flags from the era before Assad’s Baath Party took power in a 1963 coup and a woman sang a lament to those who had been killed, while the crowd chanted after her.

In the south, two villagers were killed near the city of Deraa on the border with Jordan, where more tanks and armoured vehicles deployed in the last month after a slew of defections and attacks on loyalist forces, activists said.

It was not possible to confirm the events independently. The authorities, who blame the unrest on “armed terrorist groups,” have barred most independent media from Syria.

Thousands of soldiers have deserted the regular army since it started cracking down on the eight-month protest movement. Some have formed rebel armed units loosely linked to an umbrella “Free Syrian Army” led by officers in Turkey.

Turkey is reluctant to take military action across the border but Turkish officials say they could set up a sanctuary on Syrian territory if huge numbers of refugees head for the frontier or if massacres take place in Syrian cities.

Syrian deserters and civilians in refugee camps and villages in Turkey close to the frontier say the Syrian army has reinforced its positions in border areas.

“There are tanks in the valleys, hidden among the trees, and they’ve dug trenches,” Syrian refugee Hamid Fayzo told Reuters in the Turkish village of Guvecci, overlooking the border.

The United Nations says 3,500 people have been killed in the uprising, triggered by Arab revolts which have toppled leaders in Tunisia, Egypt and Libya.

Assad, 46, seems prepared to fight it out, playing on fears of a sectarian war if Syria’s complex ethno-sectarian mosaic shatters.

But many experts say Assad, who can depend mainly on the loyalty of two elite Alawite units, cannot maintain current military operations without cracks emerging in the armed forces.