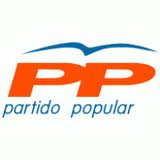 The opposition People’s Party (PP) won a crushing victory in Spain’s election on Sunday as voters vented their rage on the ruling Socialists for the worst economic crisis in generations.

The Socialists conceded a humiliating defeat as official results showed the PP projected to take an absolute majority of 187 seats in the 350-seat lower house, with 78 percent of votes counted.

Spaniards voted in a grim mood against a background of soaring unemployment, cuts in public spending and a debt crisis that has put them in the front line of the euro zone’s fight for survival.

“We can choose the sauce they will cook us in, but we’re still going to be cooked,” said civil servant Jose Vasquez, 45, who was among the early voters in the capital Madrid.

The Socialists under Prime Minister Jose Luis Rodriguez Zapatero led Spain from boom to bust in seven years in charge of the euro zone’s fourth-largest economy.

Spain is now the fifth euro zone country where the government has fallen victim to the debt crisis, following Ireland, Portugal, Greece and Italy.

Voters fiercely punished the Socialists for failing to act swiftly to prevent the slide in Spain’s fortunes and then belatedly bringing in austerity measures that have slashed wages, benefits and jobs.

Spaniards are now resigned to further cuts, including in health and education, in the midst of the wider European crisis that has pushed Spain’s borrowing costs to critical levels.

Analysts said the result would be welcomed by markets.

“From a market standpoint, an absolute majority for the PP is just what the doctor ordered. Mr. Rajoy will have a freer hand than his predecessor in that he will no longer be dependent on the support of the Catalans and the Basques to govern,” said Nicholas Spiro, managing director of Spiro Sovereign Strategy in London.

“The risk however, is that more retrenchment pushes the economy back into recession. Mr. Rajoy will have to tread very carefully given the dire state of Spain’s economy.”

The bleak economic outlook hung over the election campaign. One in five Spanish workers are without a job, the worst unemployment rate in the euro zone.

“Something’s got to change here in Spain…People like us just want to work.” Juan Antonio Fernandez, 60, an unemployed construction worker, said as he voted in Madrid.

The 56-year-old Rajoy will not be sworn in until December but he is likely to swiftly lay out his plans during the government handover to reassure fraught markets.

“I’m prepared to do what Spaniards want,” Rajoy said after he voted in the wealthy Madrid neighborhood of Aravaca.

Underlining the fragile situation, Spain’s borrowing costs hit euro-era highs during the election campaign, almost reaching the 7 percent level at which other nations like Ireland and Greece sought international bail-outs. Growth has stalled.

Hundreds of PP supporters savoured their victory, waving blue party banners and Spain’s red and yellow flag and dancing to 1970s disco music outside their headquarters in Madrid.

Zapatero decided against running for a third term as his approval ratings sank. The Socialists chose veteran politician Alfredo Perez Rubalcaba as their leader for the campaign but he suffered because of his association with Zapatero and failed to inspire voters.

Sunday’s election took place on the 36th anniversary of the death of dictator General Francisco Franco, who ruled Spain from the 1936-39 Spanish Civil War until 1975.

Following the restoration of democracy, Spain joined the European Union in 1986 and the euro in 1999, enjoying years of prosperity and a real estate boom driven by cheap credit.

When the property market crashed in 2007 the government, companies and consumers found themselves over their heads in debt.

Many disillusioned Socialist voters stayed home on Sunday or turned to smaller parties such as the United Left, the former communist party, which was heading for its strongest showing since the mid-1990s.

In the Basque Country, people voted for the first time in years without the threat of violence, after the separatist guerrilla group ETA announced last month that it was giving up its armed struggle.