MP Hamadeh: Do we need to form militia’s to protect ourselves? 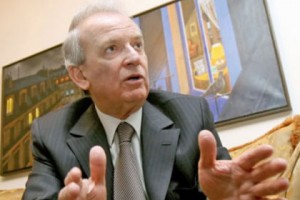 March 14 MP Marwan Hamadeh told Al-Mustaqbal newspaper in remarks published on Saturday that “the actions of some armed parties and fake diplomatic delegations are intolerable and threaten the security of Lebanon and its people,” in a reference to Hezbollah and the Syrian Embassy in Beirut respectively.

“Is every citizen asked to protect himself? Are we going to need to form militias again in order to protect us from other militias?” he said

“We will have a stance in the parliament, via media and with human rights organizations to stop these actions,” he added..

He is referring to the three Syrian nationals who were reportedly kidnapped on Friday morning in Beirut’s suburb of Bir Hassan , a Hezbollah stronghold and released later in the day, claiming the abductors were trying to rob them , a story that few bought in Lebanon