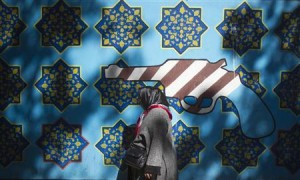 An alleged plot to assassinate the Saudi Arabian ambassador to the United States may have violated a U.N. treaty protecting diplomats and could escalate the crisis to an international court.

U.S. authorities have arrested Iranian-American Manssor Arbabsiar for the alleged plot and accused a second Iranian man, Gholam Shakuri, who is believed to be at large in Iran and a member of the country’s elite Quds Force.

If they were involved in a plot to kill Saudi Ambassador Adel al-Jubeir, that would likely violate the U.N. Convention on the Prevention and Punishment of Crimes Against Internationally Protected Persons.

The treaty, which Iran signed in 1978, would require Tehran to consider prosecuting Shakuri in its court system or extradite him to a requesting country, potentially the United States or Saudi Arabia, both longtime foes.

An important sticking point to any prosecution or extradition is that Iran has fiercely denied the allegations and is unlikely to turn Shakuri over to any country.

“This is one of those areas where there’s not really too much fuzziness. It’s very clear that these kind of people (diplomats), these kind of officials, they’re immune from attack,” said David Kaye, executive director of the UCLA School of Law’s International Human Rights Law Program.

Jubeir was named Saudi ambassador to the United States in early 2007 after serving in the embassy in Washington. He is considered a close adviser to Saudi King Abdullah, a key U.S. ally in the volatile and oil-rich Middle East region.

Secretary of State Hillary Clinton made a point on Wednesday of noting that Iran had agreed to the U.N. treaty.

“This kind of reckless act undermines international norms and the international system. Iran must be held accountable for its actions,” she said.

The United States has two options if Iran officially rejects the case, including pursuing action at the U.N. Security Council. That was done when Libya refused to hand over two men accused of the Pan Am 103 bombing over Lockerbie, Scotland.

The United States or Saudi Arabia could bring it to the United Nations and argue that “these are very obvious violations and for the Security Council to do nothing in light of this major attempted violation cheapens the words” of the treaty, Kaye said.

Another option, if there is a dispute under the U.N. treaty for protected persons, is that one side can seek an arbitration and ultimately a ruling from the Court of International Justice, located in the Netherlands.

“Basically it’s asking the court to interpret whether the convention has in fact been violated,” said Sean Murphy, a professor at George Washington University Law School who has argued several cases before the court.

After lengthy legal wrangling in the Lockerbie case and an eventual thawing of relations between Washington and Tripoli, the suspects in that case were handed over to a Scottish court that was convened in the Netherlands.

The United States could also turn the matter over to Interpol, the global police organization, which could order an international arrest warrant for Shakuri, thus making it difficult for him to travel outside of Iran, the experts said.

The legal proceedings against Arbabsiar will proceed in U.S. District Court in New York where he will appear on October 25 for a preliminary hearing.

Details of the U.N. convention can be found here

Photo: An Iranian woman walks past an anti-U.S. mural on the wall of the former U.S. embassy in Tehran, October 12, 2011.