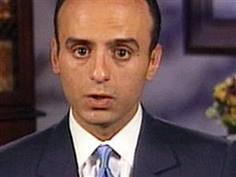 U.S. authorities said Tuesday they charged two men in what they described as an Iranian-directed plot to assassinate the Saudi Arabian ambassador to the U.S.

The plot was approved by elements of the Iranian government, said U.S. Attorney General Eric Holder.

Mr. Holder said Mr. Arbabsiar and his Iran-based co-conspirators had been plotting to assassinate the Saudi ambassador since last spring.

Mr. Arbabsiar, who was arrested at a New York airport Sept. 29, has confessed to his involvement in the plot, while Mr. Shakuri remains at large, the Justice Department said.

Prosecutors allege that Mr. Arbabsiar approached a Drug Enforcement Administration informant seeking to hire a drug cartel hit squad to carry out attacks in the U.S.

Mr. Holder called it a $1.5 million plot that was planned over the course of multiple meetings in Mexico between Mr. Arbabsiar and people he believed to be cartel members. In August, the plotters wired a $100,000 down payment to a U.S. government account in New York, the Justice Department said.

President Barack Obama was first briefed on the alleged plot in June and directed government agencies to support the investigation.

The disruption of the plot was “a significant achievement by our intelligence and law enforcement agencies,” said White House National Security Council spokesman Tommy Vietor.