US calls on Syria’s Assad ‘to step down now’ 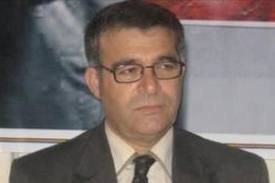 The White House has called on Syrian President Bashar al-Assad to “step down now,” warning he was taking his country down a “very dangerous path.” In a statement, spokesman Jay Carney condemned the killing of Kurdish opposition leader Meshaal Tamo as well as the beating of a prominent Syrian activist, saying it showed “again that the Assad regime’s promises for dialogue and reform are hollow.”

“The United States strongly rejects violence directed against peaceful oppositionists wherever it occurs, and stands in solidarity with the courageous people of Syria who deserve their universal rights,” Carney said on Friday.

“Today’s attacks demonstrate the Syrian regime’s latest attempts to shut down peaceful opposition inside Syria. President Assad must step down now before taking his country further down this very dangerous path.”

Tamo, 53, a member of the newly formed Syrian National Council (SNC) opposition grouping, was killed when four masked gunmen stormed his house in Qamishli in the north and opened fire.

His son and another fellow activist in the Kurdish Future Party were wounded, activists said. Kurds are a minority ethnic group in Syria.

Former MP Riad Seif, meanwhile, was also attacked and beaten in the street.

The US State Department earlier charged that the Assad regime was escalating its tactics against the opposition with bold, daylight attacks on its leaders.