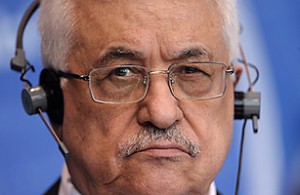 How long will it take the United Nations Security Council to answer the Palestinian application for membership in the global organization? “Technical procedures require about a month,” Mahmoud Abbas replies when the question comes up in Strasbourg, where the president of the Palestinian Authority has come to make the most of the time remaining. This French city, as tidy and quiet as a bureaucrat’s cubicle, is home to the Council of Europe, one of three blandly named international organizations that in the space of a week have obliged the Palestinians with endorsements, votes or the kind of weighty pronouncements that might give their bid for statehood something like momentum, if not inevitability.

On top of the council’s recommendation to its 47 members, including six nations currently on the Security Council, there was also an encouraging nod from the European Parliament, the elective arm of the European Union, which last week termed the bid for statehood “legitimate.” And on Wednesday the executive board of UNESCO, the U.N.’s Educational, Scientific and Cultural Organization, voted overwhelmingly to put the question of Palestinian membership to its 193 members later this month, even if its parent organization has not yet acted.

“The timing is good,” says Riyad al-Maliki, the Palestinian foreign minister, of the flurry of multilateral encouaragment. “This is really important in terms of anybody who’s trying to undermine our achievement.”

“Anybody” would include Israel, which correctly sees the Palestinian bid as an attempt to gain leverage in moribund peace talks aimed at ending the 44-year occupation of the West Bank and Gaza Strip, the ultimate precondition to realizing a state called Palestine. The Israeli foreign ministry issued a statement saying the UNESCO move “negates the efforts of the international community to advance the political process.”

There was also a slapdown from the Obama administration, which has a longstanding commitment with Israel to protect it at the United Nations, and any other international forums that tend to pile up resolutions condemning the Jewish State. UNESCO has been historically prominent on that list, having once equated Zionism with racism. But the agency has since remade itself, and the specific complaint of Secretary of State Hillary Clinton was that it was “inexplicably” putting the cart before the horse: Let the U.N. act first, she told reporters.

“If she means what she says I would agree with her,” Abbas replies. “But she doesn’t mean what she says.” The United States, he points out, is doing all it can to thwart the Palestinian bid. Not only has President Obama vowed to use the U.S. veto in the Security Council to prevent full membership, his administration is working hard to prevent the measure from even emerging from committee.

There’s intense lobbying of nations that currently hold rotating Security Council seats — the swing voters include Portugal, Gabon, Colombia, and Bosnia-Herzegovina. The U.S. hope is to leave Palestinians short of the nine votes required to move the application to the level where the veto would become the only way to stop it, and spare the U.S. playing at least the conspicuous heavy.

The Palestinians are scrambling, too. From Strasbourg, Abbas headed across the Atlantic to the Dominican Republic — where, by chance, Clinton was a day earlier — then El Salvador, and finally Colombia, where he hopes to persuade President Juan Manuel Santos to join nearly all of the rest of Central and South America in backing the statehood bid. As luck would have it, Colombia, which has been showered with defense aid from Washington in recent decades, has a seat on the current Security Council seat. “We will get the nine, if not even more,” insists al-Maliki, who reckons he’s visited 50 countries in the last three months. “The fact that the president is going to the Caribbean is evidence that we are not giving up.”

The Palestinians will also hit Africa this month — hello, Gabon — but the final battleground will be Europe. If, as all expect, Washington prevails in the Security Council and full membership is denied, the Palestinians could regroup and take their case to the General Assembly. The assembly cannot bestow full membership status, but it could elevate Palestine from “observer entity” to “observer state,” a crucial distinction because the promotion would very likely give Palestinians standing in global legal institutions such as the International Criminal Court, which appears to regard Israel’s 120-plus settlements on occupied Palestinian territory as a violation of the laws of war.

The question of jurisdiction is not automatic, however. The court will hear complaints from Palestine only if it judges it qualifies as a state. That’s a subjective judgment easier to arrive at the longer the list of existing states that say they recognize it as one — and, in the way of the world, the list includes a lot of established, economically powerful states, which are clustered in Europe. (Video: Why Israelis Fear a Palestinian State.)

Right now, most of Europe is on the fence, extending something less than full diplomatic recognition to Ramallah, the West Bank capital. That’s why, from Colombia, Abbas steers toward Paris. And why he started his journey in Strasbourg, where emerging democracies come for merit badges. Begun after World War II at the encouragement of Winston Churchill, the Council of Europe welcomed much of the former East Bloc after the Cold War and now numbers 47 members. Its appeal? Its European Court of Human Rights surely matters. But the key is prestige: “You’re a member of the club,” says Mireille Paulus, secretary to the council’s committee of ministers.

Palestine was named a “Partner for Democracy,” a designation shared only by one other Arab state, Morocco. It’s not membership, just encouragement; but encouragement is what Palestinians need, Abbas tells the delegates seated, in alphabetical order by last name, in the auditorium known as the “hemicycle.” “We have always underlined our commitment to international legitimacy,” he says. “Our people are waiting, patiently.”