The Lebanese Government: Who Is In Control?

by Ghassan Karam
989
by Ghassan Karam No institution and especially no cabinet can perform effectively if its members hold contradictory beliefs and are guided by incompatible ideas and paradigms. T
Share: 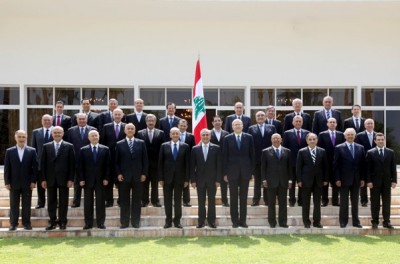 No institution and especially no cabinet can perform effectively if its members hold contradictory beliefs and are guided by incompatible ideas and paradigms. That is the reason why effective governments are usually formed by a majority party or a workable coalition of members that agree to keep their differences under control and to work essentially to further the public welfare.

Unfortunately Lebanon has departed from this almost universal standard over the past 6 years. Taif started this trend towards diffusion of power by keeping the President of the Republic as a symbolic figurehead who is basically entrusted with accepting ambassadorial credentials and other ceremonial functions such as meeting with cabinet ministers and even presiding over ministerial meetings if he chooses. The President however cannot cast a vote or even introduce an item on the agenda. There is nothing unique about this since that is the norm in all parliamentary democracies. The problem in Lebanon is that someone has forgotten to inform the public about this change and so many, especially among the Maronites, still believe that we have a Presidential system. FPM among others still maintains the belief that presidential powers can still be restored. Let them dream or maybe more appropriately keep them in their make belief reality!!!

But a Parliamentary system cannot function efficiently and productively when the powers of the Prime Minister have been abrogated to a large extent by the so called council of ministers. This set up suffers of two major flaws:

(1)    The Prime Minister is not treated as a chief among Indians but as only another chief among many others. The PM cannot be held responsible for what transpires under his/her term in office since the PM is not in a position to shape the cabinet policy. When the power resides in the council of ministers then each minister acts as if he/she is a mini PM and thus the premiership becomes so diluted that it becomes totally ineffective.

(2)    The trend to have either a so called “national unity government”  or one that is composed of irreconcilable ideologies ends up in creating a cabinet that in essence robs the parliament of its function. The cabinet becomes a mini parliament and thus it ends up in usurping parliamentary authority.

The situation does not need to be hopeless. We have a moral obligation to wage a major educational campaign to inform the Lebanese public that ours is no longer a presidential system and that we have opted for a parliamentary one. But that is not enough. We also have the duty to allow the PM to govern. That cannot be done under a system where the major power rests in the ministerial council. We have to make it clear that the bulk of the executive power rests in the Premiership and that the PM has the power to dictate eventually the beliefs and the policies of the office. If it so happens, as it is inevitable to occur, that certain members of the cabinet cannot go along with the vision of the PM then these ministers must submit their resignations. Once the policies of the PM can no longer get the required support from the chamber of deputies then the cabinet will have to resign and be replaced.

The current as well as the past 3 cabinets, presents an excellent example about the absolute necessity for a change in the way that cabinets are formed. Najib Mikati, the current PM, never tires of saying that the cabinet is fully committed to honour all of Lebanon’s’ international commitments under international law including UNSCR 1701, 1559 and financing the STL. Normally that should be enough of an indication about what official Lebanese is in these matters. But is it? Not when Hezbollah and its minions keep on stating that they will not favour financing the STL neither would they want to enforce 1559. In this regard it is fair to ask, isn’t it? Who is it that speaks for Lebanon? Is it the PM or is it the ministerial council?

I strongly believe that it is time that we put an end to this unworkable cabinet composition. It is high time that we shout from the hill tops that Lebanon has become a parliamentary system and it is also time that we allow the PM to lead and govern if the premiership is to be held accountable for the successes or failures. To allow the cabinet to substitute for the parliament and to encourage individual ministers to subvert the role of the PM is eventually ineffective, unworkable and even undemocratic. The PM must head the cabinet and choose those that are willing to enact the plays that he calls.