How would Libya’s next government take shape?

As Libyan rebels fight for control of Tripoli, one question arises: if they are successful, what happens next? 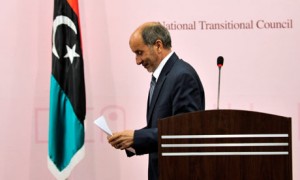 The National Transitional Council (NTC) is the biggest grouping in Libya’s opposition. Its importance is based on the fact that it is a coalition: it is a fairly diverse group that represents a number of different strands of the Libyan opposition – including several people who only recently defected from Gaddafi’s government. Much of its leadership is rooted in the east of the country. At present, it is united by one overriding aim: to depose Muammar Gaddafi. There has been striking unity around this aim despite Gaddafi’s own efforts to offer a deal that would involve him remaining in office while giving up some power. In other Arab countries, such as Bahrain and Morocco, opposition movements have been divided over whether to accept reforms or push for deeper change. In Libya, the opposition has been clear that very radical change is being sought.

The NTC has also agreed on a plan for a transition to an elected government and has devised a 37-point interim “constitutional declaration” to provide a legal framework for the political transition. Under the transition plan, once Tripoli has been stabilised, there would be elections for a constitutional assembly within eight months. This assembly would appoint a new interim government and would also write a constitution, which would then be subject to a national referendum. The plan envisages that direct elections for a properly elected government would then take place within 20 months.

What about western influence?

This sounds like exactly what the country’s western allies would want to hear. Indeed, the constitutional declaration seems to have been influenced by transition planning advice from the UN as well as the US and UK, while there are also reports that opposition members have been engaged in planning exercises in Gulf Arab countries. There are, of course, possible risks to its implementation, especially if Tripoli takes a long time to stabilise; if remnants of the Gaddafi government continue to destabilise the country from other areas, as was seen in Iraq after a fairly quick takeover of Baghdad by foreign forces; if the NTC’s internal ideological and personal differences turn into serious splits; or if the constitution fails at referendum.

NTC officials say that they will not follow Iraq’s “de-Ba’athification” approach of purging state institutions of all of those that worked with Gaddafi, and that they will seek to include people who worked with the previous regime in order to build a more representative and inclusive leadership. Smart as this seems, it will be difficult to rein in desires for revenge and mistrust will certainly be an issue. One of the immediate imperatives for the NTC will be to disarm the various opposition militias that have banded together to take on the Gaddafi regime, spearheaded by young revolutionaries known as the 17 February movement (after the date when the uprising began). The NTC will have to take account of their views or face the risk of internal dissent.

The NTC is now recognised as the legitimate government of Libya by several countries including the UK. France was the first country to recognise the NTC, in March this year, a speedy move that may partly have been an attempt to compensate for its slowness in recognising the seriousness of the uprising in Tunisia earlier in the year (the French defence minister at the time offered to send security forces to bolster Zine al-Abidine Ben Ali). It has also had strong support from some of the Gulf countries, notably Qatar. In the past two days, more countries – including Egypt and Tunisia – have formally recognised the NTC as the legitimate government of Libya, and more are likely to follow in the coming days as events continue to develop quickly.