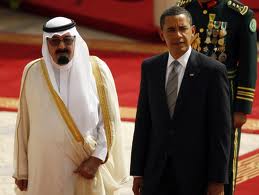 US president Barack Obama and King Abdullah of Saudi Arabia have issued a joint call for the Syrian government to immediately halt the use of violence against its citizens.

During a telephone conversation, Mr Obama and King Abdullah expressed their “shared, deep concerns about the Syrian government’s use of violence against its citizens,” the White House said in a statement.

“They agreed that the Syrian regime’s brutal campaign of violence against the Syrian people must end immediately.” 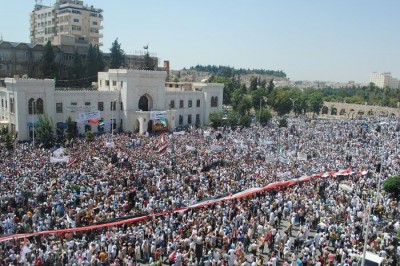 In a separate phone call, Mr Obama and British prime minister David Cameron also agreed on the need for an “immediate” end to the bloodshed.

They reiterated “their deep concern about the Syrian government’s use of violence against civilians and their belief that the Syrian people’s legitimate demands for a transition to democracy should be met,” the White House said.

A spokesman for Downing Street said the two leaders “expressed horror at the brutal reaction of the Syrian regime to legitimate protests, particularly during Ramadan,” the holy month in which Muslims fast from dawn to dusk.

Washington has steadily ratcheted up the pressure on the Syrian government, imposing new sanctions and saying Mr Assad has lost all legitimacy.

The US has stopped short of openly calling for him to step down, however.

Meanwhile, the big coastal town of Latakia has been the main focus of the latest violence.

The town has been a centre of defiance against the Assad government since nationwide protests began in March.

Following big protests in Latakia on Friday the security forces have targeted the Ramle district among others, reportedly with shells and heavy machine-gun fire.

There have also been reports of other operations in villages towards the Lebanese border in the west and at funerals for some of the many peope who died on Friday.

The UN Security Council is due to hold a special meeting on Thursday to discuss human rights and the humanitarian emergency in Syria.