Analysis: Saudi switch against Syria’s Assad is blow to Iran 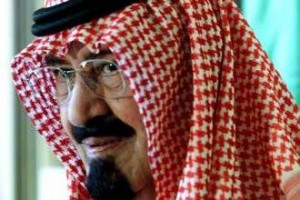 Saudi Arabia, self-appointed guardian of Sunni Islam, is deeply wary of popular uprisings that have convulsed the Arab world, but it has lost patience with Syrian President Bashar al-Assad’s violent attempts to crush a mainly Sunni protest movement.

Saudi-Syrian relations were rarely warm, with Riyadh riled by Syria’s alliance with its Shi’ite regional rival Iran, and they chilled further after the 2005 assassination of Lebanese statesman Rafik al-Hariri, a friend of the Saudi royal family.

But until this week Saudi King Abdullah had kept silent on the violence in Syria, which human rights groups say has cost more than 1,600 civilian lives in five months of turmoil.

Now the Saudis have taken a stand, perhaps deciding that Syria’s diplomatic isolation and the bloodshed unleashed by its minority Alawite rulers on their majority Sunni opponents have made Damascus a ripe target of diplomatic opportunity.

The kingdom, which brooks no dissent at home and helped Bahrain crush Shi’ite-led protests in March, recalled its ambassador from Damascus on Monday and denounced the violence in Syria, which Assad blames on armed gangs with foreign backing.

The Saudi decision was announced in a statement in the name of King Abdullah, who warned Syria it faced ruin over the crackdown, among the bloodiest in Arab uprisings that have already brought down the rulers of Tunisia and Egypt.

Analysts suggested that Saudi Arabia sees in Assad’s woes a chance to strike a blow at Iran, even at the cost of undermining an established ruler, with a chance of chaos — or even representative government — in a nation at the heart of the Arab world.

“The benefits of hitting the Iranian connection outweigh the negatives of a new democracy in Syria,” should one emerge in a post-Assad Syria, Khouri said.

IMPACT ON THE STREET

The Saudi shift was prefigured in the regional political blocs over which the kingdom casts a long shadow, and mirrored by the countries and institutions for which its oil wealth and claim to religious rectitude are persuasive.

A day later, the Arab League, whose new head had visited Assad soon after taking office, called for an immediate halt to violence against demonstrators during military operations in Hama, Deir al-Zor and elsewhere in Syria.

The king’s warning to Syria, said one Saudi commentator, has paved the way for more states to pile pressure on Syria’s rulers while leaving some margin for them to avoid downfall.

“The statement wasn’t isolated from the worldwide movement to put pressure on the Syria regime. Saudi Arabia is important when it comes to future decisions, actions taken to pressure the regime,” said Jamal al-Khashoggi.

“For Saudi Arabia to come out criticizing the regime will no doubt have an impact on the Syrian street. It will fuel the tension, fuel the anger … It will create pressure on Syria to recognize its position for what it is.”

The move has had the immediate effect of cranking up the chorus of condemnation surrounding Syria, already facing sanctions from the United States and Europe.

Bahrain and Kuwait recalled their ambassadors from Damascus hours after the king’s message, and Sunni Islam’s most venerable institution of learning, al-Azhar in Cairo, called the Syrian assault on protesters an unacceptable “human tragedy.”

The latter voice echoes the Sunni bonds Saudi Arabia was invoking by moving against Syria during the holy Muslim month of Ramadan, on the heels of a tank assault against a rebellious, largely Sunni city, Hama, where Assad’s father killed thousands to put down an Islamist armed revolt in 1982.

Videos posted on YouTube after the king’s message appear to show Syrians in Saudi Arabia cheering the defense of his co-religionists in Syria.

“I don’t think it’s a coincidence that this happened during Ramadan,” said Gregory Gause, a political science professor at the University of Vermont.

“There is a heightened sense of the importance and role of religion, and people in Syria, an overwhelmingly Sunni country, were sure to read it in a sectarian way,” he said.

“They (the Saudis) increasingly see Iran and the Arab upheavals as requiring them to play their hole card: We’re Sunnis, they’re Shi’a, and there are more of us than there are of them.”