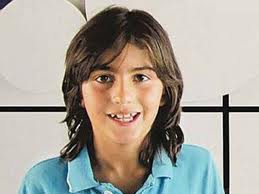 Real Madrid has signed a 7-year-old soccer prodigy from Argentina who goes by the name Leo — just like his idol Lionel Messi.

Coira told the Argentine sports daily Ole last week that his idol is Messi, the Barcelona forward who is also Argentine and goes by the name Leo. Coira said he prefers to pass rather than score. He already has a Facebook page featuring photos of his visit to Real Madrid.

Madrid reportedly made the push to sign Coira because Spanish league rival Atletico Madrid was also pursuing the youngster.

Barcelona signed Messi from the Argentine club Newell’s Old Boys as a teenager and he has gone on to win the World Player of the Year award two times. He also has helped Barcelona win 15 trophies, including three Champions League titles and five Spanish league championships.