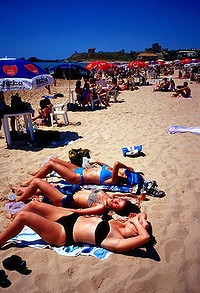 Passenger traffic to Lebanon’s Rafik Hariri International Airport declined in excess of 50 percent in the first week of August compared to the same period last month, with the holy month of Ramadan and unrest in Syria playing a key role in the fall.

Air passenger traffic fell in the first week of August from a daily average of 15,000 to 7,000 which is in excess of 50 percent less than traffic recorded for the same period in the month of July.

On the other hand more people are departing. The daily average of passengers departing from Rafik Hariri International Airport in Beirut was at 10,600 in the first week of August compared 7,000 to 8,000 passengers in July.

Local travel agencies and several airline companies say the number of bookings indicate that a sizeable number of Lebanese want to return to the country at the end of August in order to spend the Eid el-Fitr at home.