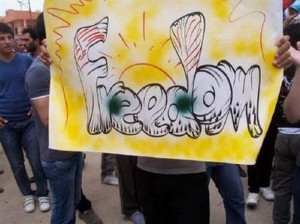 According to a statement, the activists called for “accounting for the crimes committed, immediately ending the government’s violence and allowing the UN to launch an investigation into the crimes .”

“After this weekend’s dramatic escalation of government violence, the security council must condemn the Syrian regime’s human rights violations and push for accountability,” the group’s statement added.

It also said that the uprising in Syria is peaceful, adding, “We expect South Africa, Brazil, and India, great countries who have struggled against repressive governments, to support a people’s legitimate demands for freedom and dignity.”

The UN Security Council was to hold a second day of talks on Syria Tuesday after President Bashar al-Assad’s tanks shelled the protest hub of Hama on the first day of the Muslim holy month of Ramadan.