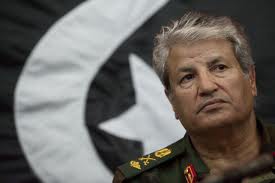 A militia group with suspected Islamist tendencies has been accused of assassinating the Libyan rebel military commander Abdel Fattah Younes, raising concerns about loose discipline within rebel groups and the emergence of extremist groups.

The headquarters of the group – the Obaidah ibn al-Jarah militia – was taken under the control of military police loyal to the civilian National Transitional Council on Thursday, an armed guard at the site told the Financial Times on Saturday.

The group, named after a famed warrior companion of the Prophet Mohammed, forms part of the loosely controlled rebel army that has been battling forces loyal to Col Muammer Gaddafi. Neighbours described fighters based at the militia as “religious people”.

Ali Tarhouni, rebel finance minister, on Friday said that the leader of this militia had confessed to assassinating the former interior minister who defected to the rebels in February.

The killing, which has plunged the rebel movement into crisis, came after General Younes was recalled to Benghazi from the frontline to answer questions on military policy, amid concerns that he might have been forging secret links to the regime in Baghdad.

Mustafa Abdul-Jalil, head of the rebel National Transitional Council said on Saturday that General Younes had been arrested for investigation into complaints of mismanaging his forces and was killed while being transported to a safer place. He dismissed reports that the rebel commander had been killed for treason, telling reporters that a committee was still investigating the circumstances of his death but that the killers had been identified.

Spokesmen for Col Gaddafi in Tripoli have said that his assassination by an Islamist group indicates that the rebels are unfit for government, and that al-Qaeda-linked elements form the strongest element of the rebel forces.

But one militia fighter in Benghazi, who said he had fought alongside the Obaidah ibn al-Jarrah fighters, described the group as relatively small.

More than 30 nations have recognised the rebel council as Libya’s legitimate representative. However, claims that an alleged Islamist extremist carried out the attack on such a senior official is likely to prompt concerns among potential donors to the rebel council.

Mr Tarhouni says the council is negotiating loans worth hundreds of millions of US dollars with France, Turkey and Germany. It also hopes to be access $1bn of Libyan assets frozen in the UK.

The rebel council now says it will attempt to force the more than 30 militias under its control or lay down their weapons as it seeks to boost control over independent elements within the rebellion and bolster its credentials as the legitimate authority in rebel-held areas of Libya.