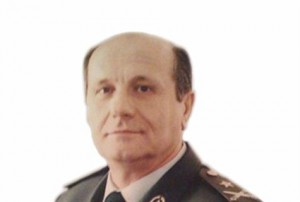 Charbel did not elaborate on the progress but did indicate during an interview with Daily star that will be published Saturday that Judge Said Mirza is updating him on the situation on the hour.

Charbel also indicated that the protocol signed between STL and Lebanon is based on resolution 1757. The protocol appointed Judge Mirza to pursue the case. He added that neither he nor the president have seen the actual indictment so far .

STL issued the indictments in the assassination of Lebanon’s former PM Rafik Hariri on June 30. An STL delegation met with Lebanon’s state prosecutor Said Mirza and handed him a copy of the Lebanon portion of the indictment and the arrest warrants. Two of the suspects Mustafa Badreddine and Salim Ayyash are reportedly senior members of the Iranian and Syrian-backed Hezbollah while the other two Hassan Aneissy, also known as Hassan Issa, and Assad Sabra played a supporting role in the execution of the assassination

Hezbollah Secretary General Sayyed Hassan Nasrallah denounced on several occasions the court as a conspiracy by the U.S. and Israel and said last year that the group “will cut off the hand” of anyone who tries to arrest its party members linked to the 2005 bombing that killed Hariri and 22 others.