French envoy to Syria is in Hama to monitor protests-diplomats

France’s ambassador to Syria, Eric Chevallier, was in Hama on Friday to monitor protests against President Bashar al-Assad in a gesture of international support, diplomats said. 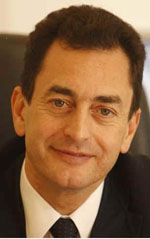 U.S. officials said on Thursday United States ambassador Robert Ford was also in the city, on a visit which Syrian authorities have condemned as incitement.