Reflections on Hezbollah, March 14 and the Special Tribunal.

by Ghassan Karam
615
by Ghassan Karam Since we have been going around in circles for a few years, at best we are running on the spot, it is time to stress for the umpteenth time what appears to still be misunderstood by many.
Share: 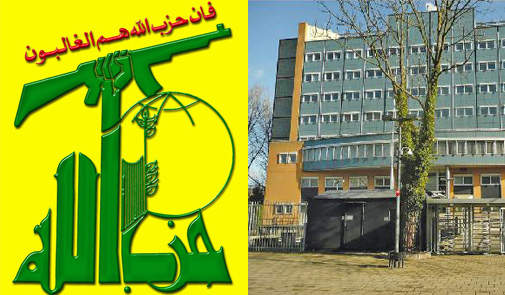 Since we have been going around in circles for a few years, at best we are running on the spot, it is time to stress for the umpteenth time what appears to still be misunderstood by many.

Sayed Hassan Nasrallah, SHN, and all the Hezbollah, HA, allies have chosen to oppose the STL on some of the least logical grounds, they have primarily depended on an emotional appeal to the general concept of resistance without ever mentioning the specifics of the indictments. All ideas, no matter where and what they are about, will have supporters as well as opponents. That is the way it should be.

What is unique to the current Lebanese standoff, which has been in effect for about 6 years, is the fact that both sides enjoy practically equal popular support. Each side has a perfectly loyal base that will blindly follow its leadership without any questions asked. It makes no difference what SHN says, he can count on the support of all FPMers, Maraada, Arslan, Amal and probably 90% of the Shia. The other side will also follow, maybe slightly less enthusiastically but equally blindly, the decisions of Al Mustaqbal leaders and other March 14 politicians.

Since the sum of the supporters for both sides add up to represent practically all of society then none of these two parties ever feels the need to listen to the other, to reevaluate or to compromise. Why should they? They already have 45-50% of society on their side. What Lebanon seems to be lacking is a substantial independent swing group that can force each of the other two groups to seek its support. Such support can be sought only by widening the appeal of the respective parties which implies more flexibility and less rigidity. It means that no side can afford to dismiss the other, as they currently do. Had this been the case then the HA group would not have stuck to its policy of opposing STL and yet be for it at the same time. It’s an untenable position but one that creates no problems for a leadership that feels comfortable with its large base of support. It’s a position best represented by what Nawaf Al Mousawi said on behalf of his HA colleagues” We invite the others to talk all they want but we will not listen”. What a productive recipe for dialogue?

The same logic applies to March 14 who have spent the last six years preoccupied in creating a bigger than life image of Rafic Hariri. This is not to suggest that a thorough investigation of his assassination is not called for but this is to suggest that statesmen and stateswomen should be able to govern. and yet carry on an investigation of a most heinous political crime. The public will chose to sanctify individuals that are important to it without the need for a well orchestrated campaign built around ubiquitous photographs of the deceased and constantly planned visits to his grave site.

I am one of the Lebanese how is totally dejected by the attempts by HA and their ally to paint everyone and everything that is not in agreement with them as an Israeli agent. Being sanctimonious is the height of hypocrisy. Their continuous veiled attempts to push their religious, totalitarian agenda is no longer that veiled when their chief spokesperson, SHN, declares to the world, that he would prevent the state and any of its operatives from enforcing an international warrant. That is nothing short of being bombastic and maybe even drunk by power to dictate. He acts as a combination of French royalty, d’état ce moi” and a grand ayatollah who staunchly supports the structure of a Wilayat Al Faqih.

But it is crucially important to understand clearly that as much as individuals as myself, object to the HA ideology and rhetoric this should never ever be taken as an endorsement of March 14 who , in my opinion, are marginally more acceptable but essentially just as much part of the problem as HA.

So what does it mean if one is opposed to both parties? It means a lot. The future of Lebanon, and paradoxically I still believe that there is one; is not represented by any of these two backward and incompetent alternatives. History moves forward, unfolds, through a dialectical process. I am very welcoming of the present day high tension between these two parties since I firmly believe that none of them can represent the future aspirations of the young Lebanese. These two alliances represent a thesis and an antithesis and the resulting conflict between then would result in a synthesis that will represent for a time to come a more just, a more democratic and a more viable future. The efforts to establish, in any form, a faqih led society have failed and those that look towards the 1960′s for inspiration are equally at a loss of understanding that the root of our current dilemma is found in that which they are trying to resurrect. Our salvation lies in a movement that will liberate us of both.