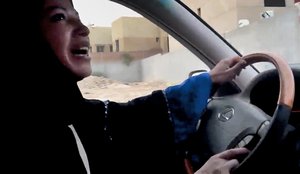 The U.S. recently declared its support for Saudi women who are defying their government by driving — the most recent success of a law school dropout who devised an idea to save the world.

Ben Rattray was tired of not knowing how to convert his passion for causes into action that makes a difference. So in 2007 he founded Change.org, the social activism website that campaigned for the U.S.’ backing of the Saudi women drivers.

“People by themselves have very little power, but together they can do remarkable things,” he says. “We want to be able to connect them.”

Mr. Rattray designed his website as a platform to help people write and market petitions for issues they care about.

Today his website has 3 million members and more than 7,500 active campaigns.

Based in San Francisco, Change.org is connecting people throughout the world: The Saudi drivers petition collected 100,000 signatures from people in 156 countries.

“This is what we love more than anything else,” says Mr. Rattray, 31.

The group’s petitions span a wide range of issues — from animal cruelty and gay rights to prison reform and climate change.

This year, Change.org is set to make $5 million by launching campaigns on behalf of organizations like Human Rights Watch and Lance Armstrong’s LiveStrong charity.

Matthew Slutsky, who works with organizations to launch petition campaigns on the website, says Change.org’s business model lets it link individuals to nonprofit groups on mutual issues for profit.

“We’re at a unique moment in time when we can actually bring these people together around issues and have them act collectively and actually win,” Mr. Slutsky says.

A graduate of Stanford University and the London School of Economics, Mr. Rattray says he was set to start law school at New York University when he felt compelled to create Change.org.

“I dropped out of law school that week, three weeks before I was supposed to go,” he says. “I was so passionate about the idea, there was really nothing that would stop me.”