Nasrallah: Not even in 300 years could Hezbollah suspects be arrested 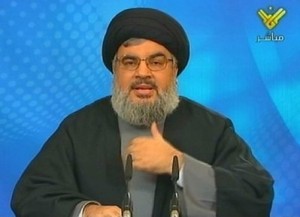 Appearing on TV via video link for the first time since the Special Tribunal for Lebanon ( STL) announced the indictment in the 2005 assassination of Lebanon’s former Prime Minister Rafik Hariri, Hezbollah Secretary General Sayyed Hassan Nasrallah ruled out on Saturday the arrest of the four members of his group .

“No Lebanese government will be able to carry out any arrests whether in 30 days, 30 years or even 300 years,” said the Shiite leader whose group dominates the current government.

Nasrallah admitted all the four suspects are Hezbollah members

“What will happen is a trial in absentia, a trial in which the verdict has already been reached, ” Nasrallah said

The STL issued the indictments in the assassination of Lebanon’s former PM Hariri on Thursday. An STL delegation met with Lebanon’s state prosecutor Said Mirza on Thursday and handed him a copy of the Lebanon portion of the indictment and the arrest warrants. Two of the suspects Mustafa Badreddine and Salim Ayyash are reportedly senior members of the Iranian and Syrian-backed Hezbollah while the other two Hassan Aneissy, also known as Hassan Issa, and Assad Sabra played a supporting role in the execution of the assassination.

Nasrallah said that the STL indictment was released on Thursday in an attempt to “obstruct parliament in granting its vote of confidence to the newly-formed Lebanese cabinet.” However, he ruled out the possibility of a civil outbreak as a result of the STL indictment.

The Hezbollah chief accused some Lebanese parties, “especially some Christian ones,” of wanting to spark a sectarian conflict in the country.

“I want to tell the supporters of the Resistance not to worry; this is part of a war we have been fighting since the establishment of the Zionist entity.”

– Nasrallah claimed that after STL Prosecutor Daniel Bellemare was appointed, 97 computers that belonged to the international commission investigating the probe were transported through the Naqoura border crossing, taken through Israel and then to The Hague.

– “Why does Bellemare want to take these computers from Lebanon through Israel? Why didn’t they ship them out of the airport or Beirut port?” 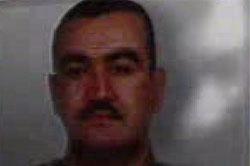 – Al-Manar broadcast a video showing a document allegedly confirming the delivery of the shipment from South Lebanon to Israel.

– Nasrallah accused investigators in the office of the tribunal’s prosecutor of having close ties with Washington’s Central Intelligence Agency (CIA),he also accused STL President Judge Antonio Cassese of being “a good friend of Israel.”

– “One of Bellemare’s assistants is a Central Intelligence Agency operative. All of Bellemare’s officers are not neutral and are not seeking the truth,” he said.

– A second video displayed names and profiles of STL investigators, including Najib Nick Keldas, Michael Taylor, Darell Mandeze, Doureid Bcherawi and Robert Bear – who were accused by Nasrallah of having close ties with the CIA.

– A third footage showed a man describing Cassese as “a close of friend of Israel” at the 2010 Herzliya Conference (Israel’s annual primary global policy gathering).

– Nasrallah also accused Commissioner Gerhard Lehmann who was the deputy of Former Commissioner of the United Nations International Independent Investigation Commission into the assassination of Rafik Hariri, Detlev Mehlis – of “selling investigation-related information to the Israelis” and of “being corrupt.”

Immediately following the speech, bursts of celebratory gunfire and fireworks erupted in Beirut.

Ali Hussein a local observer told Ya Libnan: “I thought Nasrallah will be a real man today and apologize to the Arab and Muslim World, but instead he proved today that he is willing to destroy the whole country for the sake of protecting few contract killers”. He added : “Nasrallah could have offered to hand over the suspects and pledge to defend them in court instead his defiance proved that the party is behind the killing , even though the party was not accused …only individuals were accused “