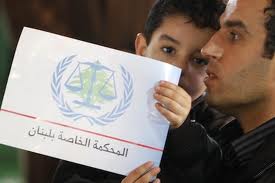 The Lebanese public life has been held captive to all sorts of speculations regarding whether the STL will ever conclude its investigations and issue indictments in the case of the assassination of Rafic Hariri, a former Lebanese Prime Minister. Over the years there have been leaks, false witnesses, some more leaks, numerous speeches by Hassan Nasrallah , the secretary general of Hezbollah, accusing the STL of being a Zionist conspiracy, an American plot hatched by the CIA, some other assassinations and obviously some more leaks. Even the UN appointed chief investigator prosecutor has changed three times.

Well finally, just as Le Monde and Der Speigel had predicted years ago, the 130 page indictment has been handed over to the Lebanese Prosecutor General along with the request to arrest 4 allegedly Hezbollah operatives. It is tempting to say that over the years many have written and speculated about practically every possible conceivable scenario and so it is time to just wait and see what is going to happen. Alas doing so would be similar to avoiding the proverbial elephant in the room since the STL has been the only topic of conversation in Lebanon as well as many other world capitals.

To avoid the topic until the judicial process has had enough time to issue indictments, hold trials and then pass judgments on the accused would have been the order of business in any country that is informed by the concept of “the rule of law” but sadly not in Lebanon where this all important concept is alien.

So what is next and what is the expected time frame?  It is very likely that as you are reading this column the STL would be handing its Syrian indictments in Damascus and releasing the names of the Syrian indictees. It is widely believed that the plot to assassinate Rafic Hariri had to have at least high level clearance from the Syrian authorities who were exercised tight control over all aspects of life in Lebanon. Some would even claim that the Syrian role was that of instigator of this sordid affair. The actual planning was carried through by the four individuals already named and indicted in Lebanon. It is also expected that there will be also a long list of foot soldiers/grunts who actually implemented the plan. This means that you should expect the final number of indicted people to be quite large, say over 25.

The Lebanese government was the one who requested the formation of the STL and is the one that had pledged its full support and cooperation with the STL. Actually most of the law used by the STL is based on Lebanese law although the court itself is in The Hague. Hezbollah was part of the cabinet that had initially asked for the establishment of the STL and the previous cabinet that had promised total cooperation with it. But when it became clear that the investigation is moving towards an indictment of individuals connected to Hezbollah the party embarked on a scorched earth policy of vilifying the STL at every possible moment.

Hezbollah has seldom acted as if laws mattered, whether it was the call to disband its military wing, hand over its illegal communication network or allow the Lebanese authorities into its geographic areas. Hezbollah has not shied away from flexing its military muscle to blackmail and intimidate. The latest such incident took place around six months ago when they forced the resignation of the cabinet headed by Sa’ad Hariri and were able to put together a thin majority to nominate Najib Mikati whose cabinet has not won the parliamentary vote of confidence yet. That is expected to take place within the next fortnight otherwise the cabinet will become a care taker one. I mention all of this since many believe that the major reason why the old cabinet was forced out of office; constitutionally; and why a new PM was designated but cabinet formation has not been facilitated is essentially the STL. The previous cabinet had a clear cut obligation to cooperate with the STL while the current cabinet does not have such an obligation so far. I would even suggest that the state of limbo serves HA rather well. It would be much easier for them and their allies to claim that since there is no government then no one is in a position to deliver on the promises of the previous Lebanese cabinet.

Things however could get out of hand and rather quickly. Lebanon has only 30 days to act upon the indictments. If the Lebanese government fails to live up to its international obligations under UNSCR 1757 which was passed under chapter VII then the international community will be in a position to force compliance through sanctions and other means.

It is my considered opinion that Hezbollah is playing a game of chicken that can only backfire on Lebanon if Hezbollah is allowed to proceed with its obfuscations and charades. Hezbollah is acting like a vigilante group who believes that they are always right and that they are above the law. That is a recipe for disaster potentially for Lebanon as a result of the uncertainty and political instability that could result. This misguided policy will also lead eventually to the weakening and even marginalization of the party. If that does occur then that would be the silver lining in this gathering storm.