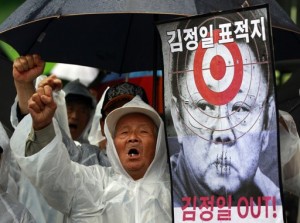 Pyongyang has told the North Korean people that the nation will have achieved its aim of becoming “a great, prosperous and powerful nation” in 2012, which marks the 100th anniversary of the founder of the reclusive state, Kim Il-sung.

In addition, Kim Jong-il will turn 70 in February and the “Dear Leader” hopes to be able to transfer his power and an economically stronger nation to his son and heir-apparent, Kim Jong-Un.

Reports in South Korea indicated that the government in Pyongyang on Monday ordered all universities to cancel classes until April of next year. The only exemptions are for students who will be graduating in the next few months and foreign students.

The reports suggested that the students will be put to work on construction projects in major cities while there are also indications that repair work may be needed in agricultural regions that were affected by a major typhoon recently.

Analysts in Japan claim there may be other reasons behind the decision to disperse the students across the country.

“One reason is that there is a possibility of demonstrations at university campuses,” said Toshimitsu Shigemura, a professor at Tokyo’s Waseda University and author of a number of books on the North Korean leadership.

“The leadership has seen the ‘Jasmine Revolution’ in Africa and it is very frightened that the same thing could happen in North Korea,” he said. “They fear it could start in the universities.”

Professor Shigemura also said that North Korea has purchased anti-riot equipment from China in recent months, including tear gas and batons, while there has been an increased police presence at key points in Pyongyang in recent months.