by Ghassan Karam
1612
By Ghassan Karam Score one for Najib Mikati. He has managed to present a cabinet after almost five months of discussions that at a first glance saves his political future.
Share: 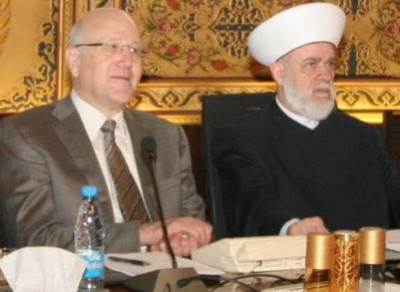 Score one for Najib Mikati. He has managed to present a cabinet after almost five months of discussions that at a first glance saves his political future. Mr. Mikati has been able to restore a measure of respectability among his Sunni community in general but has won over the support of his fellow Tripolitans in particular. How could they oppose a cabinet whose head is from Tripoli in addition to two Karami family members (each representing an opposite side) and Mohammad  Safadi? I only wish that Mr. Makati’s survival instinct had not been achieved at the expense of Lebanon. Unfortunately in the calculus of Mr. Mikati personal good trumps general welfare instead of the reverse.

It must be clear that a self made billionaire who was elected to the Lebanese parliament on a ticket supported by March 14 does not have any major differences with the political views or the political beliefs of March 14. He probably has personal differences with the current leader of March 14, Sa’ad Hariri, and that is understandable. But to allow his political ambitions to make him act as an unprincipled politician who is ready to jump ship for the sake of personal gain is unfortunate and disappointing. It is apparent that Najib Mikati, his protestations notwithstanding, has been driven all throughout this period by promoting only his narrow self interest.

Lebanon, at this stage of its political life, could have used best a cabinet that is efficient, competent and effective. An easy and painless step in that direction would have been to stop the silliness of appointing ministers without portfolios. These are totally uncalled for, those appointed to such positions have nothing to do; no bureaucracy to run no projects to undertake and produce no outcomes to be measured by. Ministers with no portfolios simply make governance more complicated dn add to the fiscal burden of the state. The idea is the embodiment of nothing but waste and potential for corruption. The next easy and needed change in cabinet formation is the need to eliminate many and possibly all the cabinets with an annual budget of under $20 million. Can anyone come up with a reasonable scenario of what can be accomplished by a ministry whose annual budget is $ 8 million? Once the fixed costs and the salaries are paid what is it that is left over at the Ministry of the Environment? Enough to print a brochure? This is not to suggest that environmental issues are not important. They are. But does it do the environment any good to appoint a minister without appropriating adequate funds to do the job? If the means to perform a specific task are not available then why the pretense? May I suggest that under such circumstances it would be far better, and more efficient to have such areas set up either as an independent agency or simply as a division of another ministry? But the single most important thing that Mr. Mikati could have done from the first week was to form a cabinet of qualified, independent technocrats whose only aim is to strengthen democratic institutions and build democracy. That is what Lebanon needs. We need a cabinet to come up with a credible plan about how to handle the sovereign debt, create jobs, collect taxes, enforce the law and protect individual human rights.

Instead of the above cabinet, which would have been revolutionary and which would have forced all sides to reevaluate and rethink their political position Mr. Mikati chose to give us more of the same. He gave us a cabinet that is built on the same old fashioned narrow principles that have resulted in all the standoffs and inefficiencies that the country suffers from.

Then there is the question of timing? Did he really need five months in order to come up with the same tired formula or were there other forces at work? Was it only a coincidence that the cabinet was finally formed essentially to favour HA’s allies at the expense of the president only when Damascus telephoned Babda’a? And what about the ever present STL indictments? The threat of these indictments seems to have shaped all Lebanese politics for the past five years. Could it be that Mr. Mikati does not want to be in charge when the indictments are issues? I guess time will tell but if the new cabinet fails to issue a ministerial statement and seek a vote of confidence prior to the release of the indictments that are expected during the first week of July then that would lend more credence to the argument that Mr. Mikati and the president caved in when they did in order to have a different care taker government whereby the ministries of Defense and Interior are under different control. Pity Lebanon, a nation that has no say in the formation of its cabinet and who’s PM has wasted an opportunity to help himself and help the country.