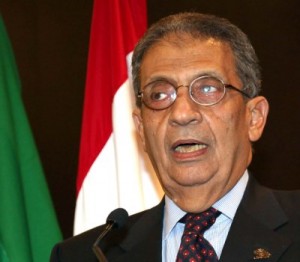 The head of the Arab League voiced “worry” on Monday about almost three months of clashes in Syria but signalled division in the 22-member body over how to proceed.

“Though their views differ, Arab states are all worried, angry and actively monitoring the current crisis in Syria,” Secretary-General Amr Moussa said in a statement.

“What we are hearing and monitoring, about many victims falling, indicates great tumult in Syria … The situation in Syria should not be left in this state.”

Syrian rights groups say 1,300 civilians and 300 soldiers and police have died in confrontations between President Bashar al-Assad’s forces and protestors who rose up in March as citizen revolts coursed through the Arab world. Damascus, beset by mounting international censure and sanctions, says the protests are part of an armed revolt backed by foreign powers to sow sectarian strife.

The Arab League has been largely reticent on the situation in Syria, which unlike Egypt and key Gulf Arab states is allied with non-Arab Iran.

Moussa, who steps down this year, said Arab states were trying to agree on a common position regarding Syria.

“Continuation of the status quo could lead to what may not be desired … for Syria,” he said, without elaborating.

The Arab League paved the way for NATO military strikes on Libya in March when it asked the U.N. Security Council to impose a no-fly zone on the North African Arab country to protect civilians caught up in the rebellion against Muammar Gadaffi’s rule.

But most Arab states have yet to take a position on a Franco-British proposal, opposed by Russia and China, to have the Security Council condemn Assad’s domestic crackdowns.