Aoun: Will twist US intelligence arms as we twsited Israel’s

During a visit to to the Hezbollah museum in the southern town of Mlita on Saturday, Free Patriotic Movement leader MP Michel Aoun said “We will twist the arm of U.S. Intelligence in Lebanon , just like we twisted the arm of Israel.”

Aoun did not elaborate but he is possibly referring to the mass arrest of Israeli spies during the past 2 years .

One observer commented to Ya Libnan about Aoun’s statement by saying:” The last one who should be talking about the spies is Aoun. He added that Aoun must have forgotten Karam”

Aoun predicted that Lebanon’s future will be stable, ruling out the eruption of a civil or sectarian war or Sunni-Shiite conflict in the country.

“There will not be civil or sectarian war in Lebanon,” he said

Aoun , who was accompanied by an FPM delegation was welcomed by the leader of Hezbollah parliamentary bloc MP Mohammed Raad and a number of Hezbollah officials. 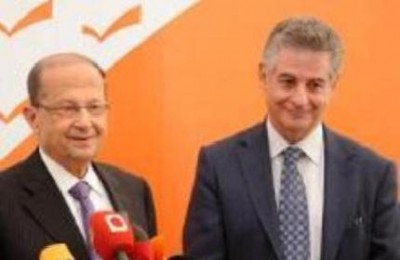 Hezbollah reportedly knew that Karam, was collaborating with Israel from the moment he was arrested last August , an Arab diplomat told Al-Balad newspaper in an interview published last October 22.