by yalibnan
2883
Amnesty International reveals to Channel 4 News that they have the names of 77 children who've been killed in the recent violence plus reports of a third child tortured to death.
Share: 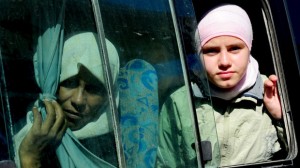 The human rights group Amnesty International has revealed to Channel 4 News that they have the names of 77 children killed during 3 months of unrest in Syria.

“We have definitely seen a pattern of increased brutality recently, we’ve documented around 20 cases where there are signs of torture, and those cases are coming out more frequently now. It seems security forces are now willing to use violence without provocation at all,” he said.

The details emerged as new video footage was released showing the mutilated body of 15-year-old Thamer al-Sahri, who was arrested at a protest in April in Saida near Deraa. He was detained alongside his friend 13-year-old Hamza al-Khateeb. Video images of Hamza’s mutilated body caused international outrage when they became public last week.

Neil Sammonds also revealed to Channel 4 News that Amnesty International are trying to confirm reports that a third child’s body has also been mutilated.

The video footage of Thamer al-Sahri’s body showed his body had been riddled with bullets, that his eye had been gouged out, and that he had lost several teeth. This new footage has sparked protests in Jeeza where hundreds of residents took to the street on Wednesday, the day the body was released to the family.

The revelations of Hamza’s death in late May coincided with intense unrest in Syria, with solidarity demonstrations spreading to over 200 different locations.