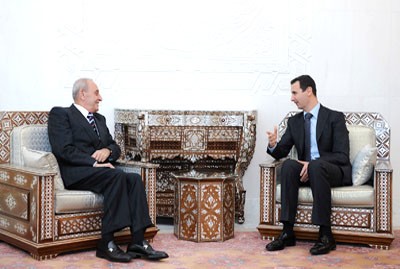 If speaker Berri is to act as per the saying by Mahatma Gandhi :“Be the change you want to be in the world” then he would have no problem in supporting dictatorship, defending brutal violations of human rights and above all else calling for his country to renounce its freedom and independence in favour of subjugation and subservience.

The speech made by speaker Berri yesterday implied that and more. Individuals are free to interpret events any way that they choose but there is more than a reasonable expectation that those who occupy an office have a moral obligation to fulfill the mission of that certain job that they have urgently and enthusiastically pursued. To have such a person occupy the position of the speaker of the chamber of deputies of an independent nation, that is a founding member of the United Nations and whose representative to the UN played a major role in the formulation of the UN Declaration of human rights, is tragic and reprehensible.

It was in that speech that the person entrusted with the legislative process and with guarding the constitution which declares Lebanon as a free independent nation stated  that : “The Cedar Revolution took us 60 years back, led to the spending of public funds, increased national debt and favored the atmosphere for more foreign interference,”.  That is the epitome of irresponsibility coming from those that are expected to guard our freedoms. Instead he laments the loss of Syrian hegemony over Lebanon and decries its newly acquired sense of sovereignty and freedom.

No greater hypocrisy is possible. The one who claims to be a guardian of the people supports the goals of their oppressors and furthermore lends all his moral and political support to Hezbollah a party established, trained and financed by Iran. The man who relishes flexing the political muscle of his office by pretending to be a liberal democrat, a world class parliamentarian has finally revealed himself for what he really stands for. Autocracy, authoritarianism, subservience brutal dictatorship and an allegiance to foreign powers that have rued and abused the Lebanese for 30 years. Unfortunately Mr. Berri has indicted himself in his own words by showing clearly that he is a wolf; a savage wolf; in sheep’s clothing.

Lebanon does not need a fox to guard its hen house. No country can afford to do that. The duplicity must stop and the Lebanese, deputies and general public, must show their outrage.  It is crucially important that the Chamber starts immediately to act under section 3 of article 44 to strip its president from the confidence that it has bestowed on him earlier.

(3) The Chamber may, once only, two years after the election or its President and his Deputy, and in the first session it holds, withdraw its confidence from the President of the Chamber or his Deputy by a Decision of two thirds of the Chamber, based on a petition signed by at least ten Deputies.  The Chamber, at such point, must hold an immediate session to fill the vacant post.” 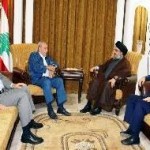 Mr. Berri has to be held accountable for his forgettable speech that was laced with hateful rhetoric that is not befitting the office of the “second presidency”. The position that he chose to occupy requires a special kind of a leadership to heal wounds, unify factions and guard our liberty. Instead he has chosen to be divisive, hateful, irresponsible and inept yes the emperor has no clothes and it is time that he be dispatched to an early retirement that he so well deserves. The country has to preserve the dignity of its second most important office..