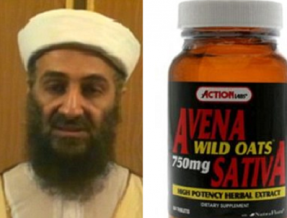 The U.S. Navy SEALs that raided bin Laden’s compound earlier this month have found a huge pile of electronically recorded video footage inside a wooden box in his bedroom, the U.S. officials have confirmed.

The latest revelation throws light on the secret life of the world’s most wanted man and paints a picture which probably neither bin Laden nor al Qaeda would have wanted the world to know. Incidentally, Avena syrup – a botanical product often used as “natural Viagra” was also discovered in the terrorist’s Abbottabad million dollar hideout. 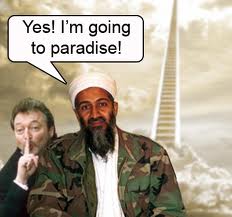 Moreover, one should not forget that bin Laden’s hideout was devoid of internet and other hardwired communication networks.

No wonder bin Laden and his men were a frustrated lot.

Photo: Osama Bin Laden was taking herbal Viagra when he was living in his Pakistani compound. Avena syrup, an extract of wild oats is marketed as a natural impotence cure.