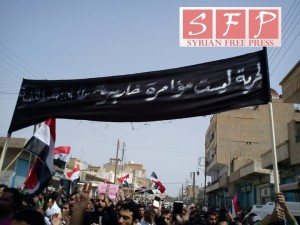 Thousands of Syrian Kurds demonstrated in the east of the country on Friday to demand an end to military actions that have killed hundreds of protesters, a Kurdish opposition leader said.

“The demonstrations are expanding in numbers,” Habib Ibrahim told Reuters, adding that demonstrations erupted in the provincial capital of Qamishli and in the smaller towns of Amouda and Derabasiyeh near the border with Turkey. Reuters