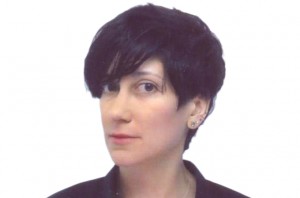 Dorothy Parvaz, a former reporter and columnist for the Seattle Post-Intelligencer, is missing in Syria.

Al Jazeera, for whom Parvaz works, reports that she arrived in Damascus on Friday and that the network has had no contact with her since.

An Al Jazeera spokesman said: “We are concerned for Dorothy’s safety and wellbeing. We are requesting full cooperation from the Syrian authorities to determine how she was processed at the airport and what her current location is. We want her returned to us immediately.”

It seems probable that Parvaz, 39, is being held at the Damascus airport.

Mohamed Abdel Dayem, Middle East and North Africa Program Coordinator at the Committee to Protect Journalists (CPJ), told Al Jazeera there was “strong evidence” to suggest Parvaz had been detained at Damascus airport.

“Obviously we are worried for the safety of Dorothy, specifically, as we are for numerous other journalists who are in government custody right now,” said Dayem.

He said up to a couple of dozen journalists had been detained in Syria since the current unrest began in mid-March with the number held fluctuating on a daily basis “between a handful and a dozen.”

Parvaz’s father is Iranian and her mother is American. She was born in and spent some of her childhood in Iran.

Shortly after 9/11, she wore the traditional Islamic clothing and wrote about Seattle’s reaction to her and her feelings.