by Ghassan Karam
2500
By Ghassan Karam Ideas espoused by an individual, an institution or a political organization must be clear, unambiguous and consistent if they are to be taken seriously.
Share: 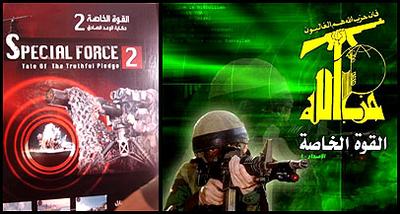 Ideas espoused by an individual, an institution or a political organization must be clear, unambiguous and consistent if they are to be taken seriously. It is not unknown or unacceptable for a change of heart regarding any position but that is different than holding contradictory positions regarding the same issue. Lord Maynard Keynes might have provided the best explanation for changing loyalties when he quipped “I do change my mind when new facts become available, don’t you sir? “. The above might be acceptable even in explaining the constant flip flops in the positions of Walid Jumblat, who is always holding his finger in an attempt to find which way the wind is blowing.

That however is a far cry from the pickle in which Hezbollah and its allies have placed themselves. They must think that the Lebanese public in general or at least their constituents cannot see through the light fog of their machinations. It is time that someone reminds these political leaders and all the talking heads that favour their positions, of the teachings of Aristotle: ““One cannot say of something that it is and that it is not in the same respect and at the same time.”  This simply means that one cannot be for liberation and yet for oppression at the same time.

But that is exactly what Hezbollah, Amal and the FPM have been promoting without any fear of appearing inconsistent, irrational and unprincipled. Hezbollah and its allies lent their full support to the Egyptian uprising and were instrumental in the vote of Lebanon at the Security Council in support of a Western led and enforced no fly zone in Libya. That vote argued that the Libyan government was to cease and desist from shooting at its own unarmed people who should have the right to demonstrate and express themselves without the fear of brutal reprisals from Libyan authorities.  If you thought that taking such a position in Libya would mean that Hezbollah and its allies would then offer support for the Syrian demonstrators then you would be wrong. Nabih Beri, Hezbollah MPs plus many an FPM spokesperson never let a day go by without offering full support to the Assad regime in its efforts to subdue by force the peaceful and brave Syrian demonstrators of Dara’a, Banias, Homs and other cities.

Whether by accident or by design the mask is off and the real intensions and motivations of this group, the so called “new majority”, are clear for all to see.  They view Colonel Qaddafi as a dictator, as they should, but the equally brutal, undemocratic and arguably more authoritarian Syrian regime of Bashar Assad and his circle of acquaintances as worthy of support. How is it possible to value innocent Libyan civilian blood but support and even encourage acts of brutality against Syrian innocent and unarmed civilians? The answer to this conundrum is simple enough: Hezbollah and its supporters are acting as a bunch of unprincipled thugs who se stand in Libya is not so much in support of those seeking liberation as much as it is taking revenge on Colonel Qaddafi for having participated in the disappearance of Moussa Al Sadr. Yes the message to the Syrian people is loud and clear, Hezbollah and its allies are wards of the illegitimate Syrian state and they will spare no effort to show their support to those that oppress, discriminate and shoot at innocent civilians provided that they keep the illegal flow of arms to the Hezbollah forces flowing, in total disregard to resolutions by the United Nations and in contradiction to the sovereignty of a neighbouring state.

Unfortunately the contradictions do not stop at condemning in the strongest means possible the Libyan oppressors while exonerating the Syrian brutal crackdown on demonstrators.  The political stands of the Lebanese “noble resistance” and its supporters become even more inconsistent, more incongruous and even more incoherent.  Hezbollah has condemned the judicial verdicts issue in Bahrain against Bahraini demonstrators, again as they should, but they have not offered even a word of support or shed a tear on the more than 450 murdered civilians in cold blood by the Syrian dictator, their friend, protector and arms supplier.

Then there is the most bewildering position of all. Hezbollah , Amal and all their allies never allow an opportunity to go by without praising the concept of resistance, as if anyone is opposed to it. They continue the charade of obfuscation, the charade to prevent the distinction between the concept of resistance and the implementation of that concept in a monopolistic, undemocratic, authoritarian and even theocratic style.

Yes the mask is off and the ugly truth behind the pretenders is clear for everyone to see. Hezbollah’s has just about run out of deceptions and the truth shall set the people of Lebanon and the region free of the “resistance” myth as practiced by the Iranian and Syrian regimes, two of the most oppressive regimes in the area that insist on proclaiming  their false democratic and liberation credentials.