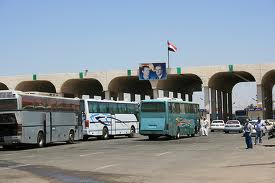 A Jordanian security official says Syria has sealed the border with Jordan and is preventing people from leaving the country.

The Jordanian border crossing lies close to the southern Syrian town of Daraa, where government forces were launching a sharp crackdown on protesters Monday. Some of the fiercest protests against the Syrian regime have taken place in Daraa.

The official spoke on customary condition of anonymity.

The border closure may aim to prevent Syrian demonstrators and activists from feeling to nearby Jordan.

The head of Syria’s Customs Department denied that Damascus has closed its land borders with Jordan.

Mustafa al-Bouqai told The Associated Press that crossings across the frontier are open as normal. AP