Iran has been hit by a second computer virus 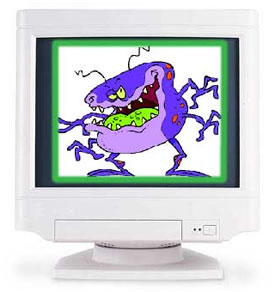 Iran has been hit by a second computer virus, a senior military official said Monday, suggesting it was part of a concerted campaign to undermine the country’s disputed nuclear program.

Gholam Reza Jalali, the head of an Iranian military unit in charge of combatting sabotage, said that experts discovered the “espionage virus,” which he called “Stars.”

“The Stars virus has been presented to the laboratory but is still being investigated,” Jalali said in a report posted Monday on his organization’s website, paydarymelli.ir. “No definite and final conclusions have been reached.”

He did not say what equipment or facilities the virus targeted, or when experts first detected it.

“Stars” is the second serious computer worm to hit Iran in the past eight months. Late last year, a powerful virus known as Stuxnet targeted the country’s nuclear facilities and other industrial sites.

Iran has acknowledged that Stuxnet affected a limited number of centrifuges — a key component in the production of nuclear fuel — at its main uranium enrichment facility in the central city of Natanz. But Tehran has said its scientists discovered and neutralized the malware before it could cause serious damage.

Jalali downplayed the impact of Stars, but said it is “harmonious” with computer systems and “inflicts minor damage in the initial stage and might be mistaken for executive files of governmental organizations.”

Jalali heads a military unit called Passive Defense that primarily deals with countering sabotage. The unit was set up on the orders of Iran’s Supreme Leader Ayatollah Ali Khamenei.

A separate unit has also been set up by Iran’s Ministry of Information Technology and Telecommunications to decode incoming computer viruses and neutralize them, Jalali said.

Last week, Jalali said Stuxnet could have caused large-scale accidents and loss of life and claimed that Iranian experts have determined that the United States and Israel were behind the malware, which can take over the control systems of industrial sites like power plants.

The U.S. and its allies suspect Iran’s nuclear program aims to develop atomic weapons. Iran denies the charges, and says the program is only for peaceful purposes. CBS